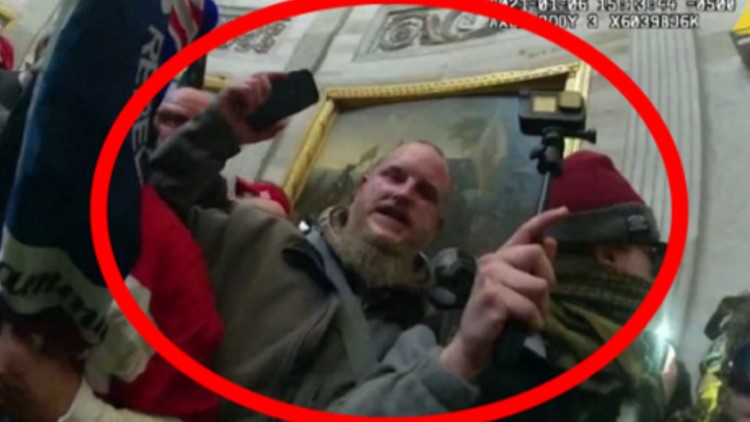 LITTLE ROCK, Ark. — Another Arkansas man has been charged in connection to the U.S. Capitol riot on January 6.

According to the Department of Justice, Jon Thomas Mott of Flippin was arrested May 13 and charged with the following:

After the attacks at the U.S. Capitol on January 6, the Federal Bureau of Investigations (FBI) continued searching through the abundance of footage captured on cell phones during the incident.

The FBI obtained a video from Freedom News which shows a person, later identified at Jon Thomas Mott, or JT Mott, in the Rotunda area of the Capitol building, pouring water into people’s eyes as a result of tear gas exposure.

Numerous body-worn cameras from the Metropolitan Police Department also captured Mott at the Capitol. In one video, Mott can be heard telling an MPD officer “don’t touch me,” and “if you don’t touch me, I won’t touch you,” and then reportedly pushing against the MPD officer’s baton.

Three witnesses stepped up to confirm Mott’s involvement at the Capitol, two of which provided Facebook posts Mott was tagged in as evidence of his whereabouts on January 6.

Mott’s initial appearance was held May 14. He is set to appear in D.C. court May 21.