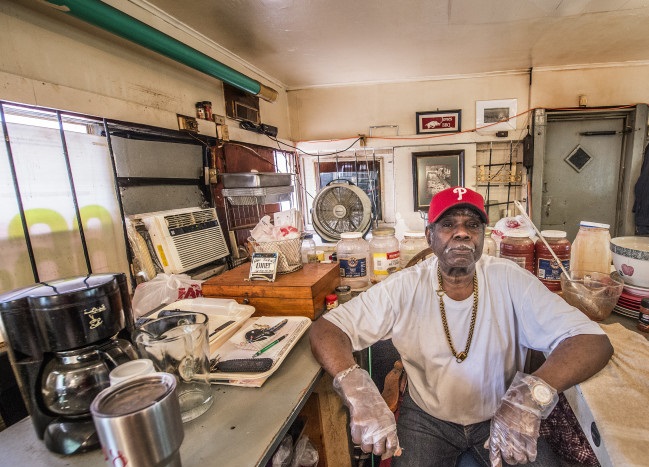 Marianna, Arkansas – The historical place Jones Bar-B-Q is back in business starting Wednesday after the devastating fire that caught the place last February.

The place caught fire and nearly 70% of the historical building was burned. Jones Bar-B-Q is believed to be one of the oldest black-owned restaurants in Arkansas.

There was a special opening ceremony held on Wednesday and more than 100 people attended the opening event. Locals, fire department workers, local police crews and people out of town were more than happy to see the place back in business as the place is more than just a restaurant for them.

“With all the finances and all the help, we sitting on top of the world right now,” James Jones, Owner and Pitmaster of Jones Bar-B-Q, said.

The 76-year-old manager Jones was obviously happy for the reopening ceremony. He has been working in the restaurant since he was 14-year-old.

“My granddaddy’s uncle started it, his name was Uncle Joe. It went from him to my granddaddy, to my daddy to me,” Jones said, “When it hit me it was the fourth generation, and my son it will be 5.”

The locals say the restaurant is more than a century old and they were all devasted when they heard about the incident back in February. The restaurant was closed since then.

“I was cooking. Fried it up, come inside and go back outside and that’s when it caught fire,” Jones said.

People were afraid that Jones might not reopen his iconic restaurant as he was struggling to finance the renovation. However, people got together and helped Jones and his family to completely repair and rebuild the damaged parts of the restaurants. More than $67,000 were raised in donations, with the help of Jones’ son and the Venture Center, a local non-profit organization in Little Rock, Arkansas.

“It just blows me away,” Jones said.

The owner of this historically Black-owned business said he’s still overwhelmed by all the support he’s receiving.

Although Jones has no plans of retiring anytime soon, he confirmed that his son will take over the business once he is gone.