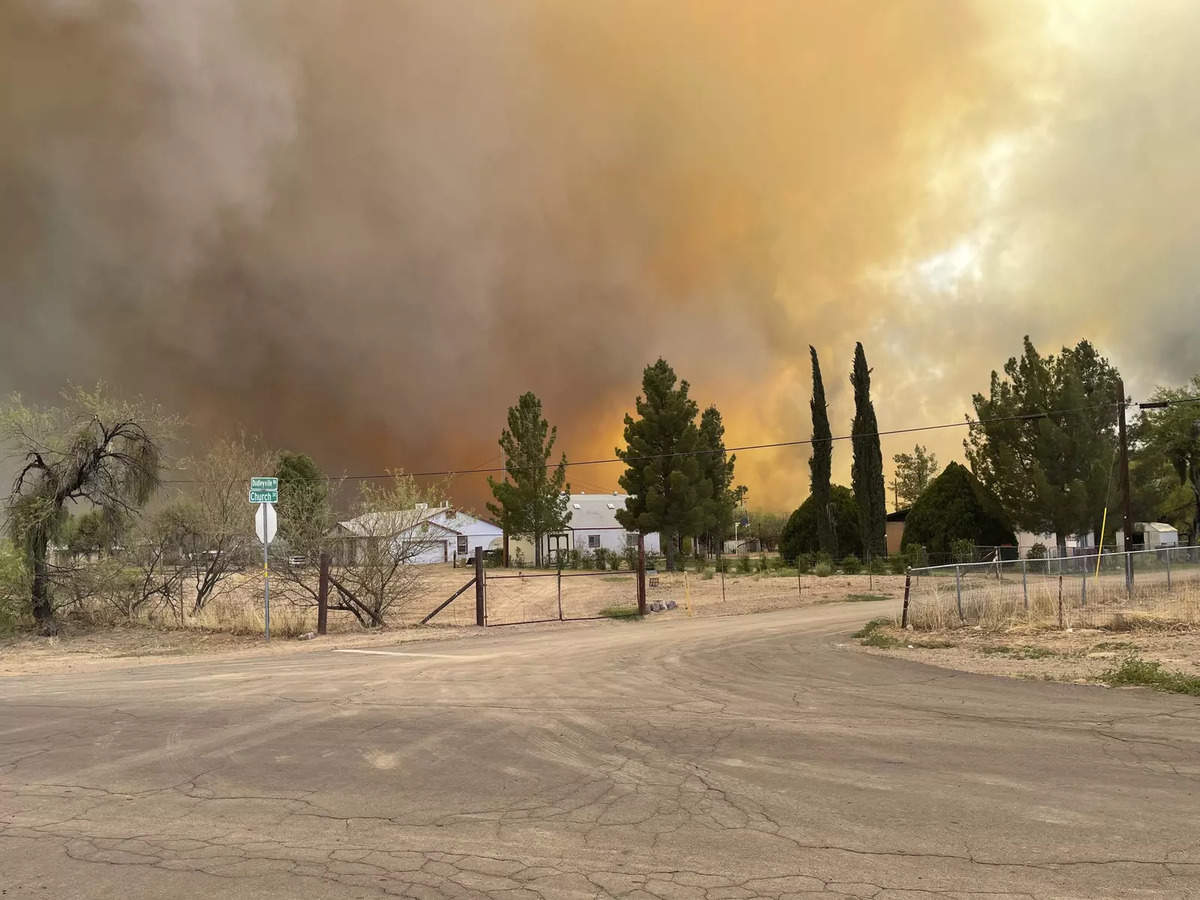 DUDLEYVILLE, Ariz. — A small community in south-central Arizona remained under an evacuation notice Friday after crews and air tankers stopped the growth of a wildfire that burned at least 12 homes, officials said.

The fire burned through thick vegetation at the bottom of the Gila River in Dudleyville, a census-designated place with a population of about 1,000 located about 60 miles north of Tucson.

Officials said the fire continued on Thursday to an estimated 500 acres with containment around 20% of its perimeter as of Friday.

The cause of the fire was under investigation.

The county Sheriff’s Office said approximately 200 residents were evacuated and that the evacuation notice might be lifted Friday evening or Saturday morning.
Crews on Friday continued to build fire lines to keep the fire from spreading into Dudleyville if winds gust again but utility crews also needed to check for damage to power lines that were deenergized Thursday, said state Department of Forestry and Forest Management spokeswoman Tiffany Davila.

Approximately 40 people spent the night at a shelter at a high school in a nearby community, Red Cross spokesman Mike Sagara said.

There was no immediate report of injuries. Approximately 100 people were assigned to fight the fire.

Arizona had one of its worst wildfire seasons in nearly a decade in 2020 according to state Forestry and Fire Management Department officials.

Officials have warned there is a potential for widespread, statewide fire activity by June.

Among the factors for last year’s severe wildfire season was unseasonably warm conditions, a lack of moisture, an overabundance of fuels across Arizona’s central region and within the Sonoran Desert, and increased recreational traffic across the state.