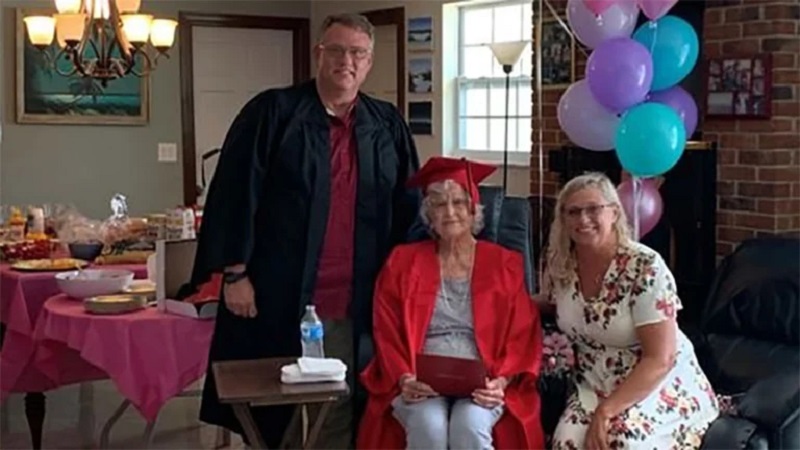 Russellville, Arkansas – Arkansas native Clara Anderson received the chance to get a high school diploma to call her own at the surprising age of 100.

Though she’d never taken French and Geometry, Clara was put into those classes in the middle of the school year, making it difficult for her. Learning another language and studying the dimensions of shapes may not have been Clara’s favorite thing to do, however, her love for choir led her to her meeting her boyfriend and future husband. Once graduating, he left Clara behind to work in California. During her senior year, the two communicated through the mail. Toward the end of her first semester as a senior, Clara received a letter from her boyfriend with a train ticket asking her to join him in California.

She regretted not receiving a high school diploma, however, that did not stop her from learning in life and reaching her goals.

Clara went on to have successful careers managing a medical office and going into sales. She is an avid crossword player, quilter and reader, and she even has started work on her autobiography. When her youngest great-grandchild was born, Clara told her doctor that she had to live to be 100 so she could see them graduate.

According to officials with Russellville High School, they received the opportunity to award Clara with an honorary diploma, making her part of the class of 2022 even though she did not graduate in May 1940.

I-30 construction requires lane closures in the Little Rock metro