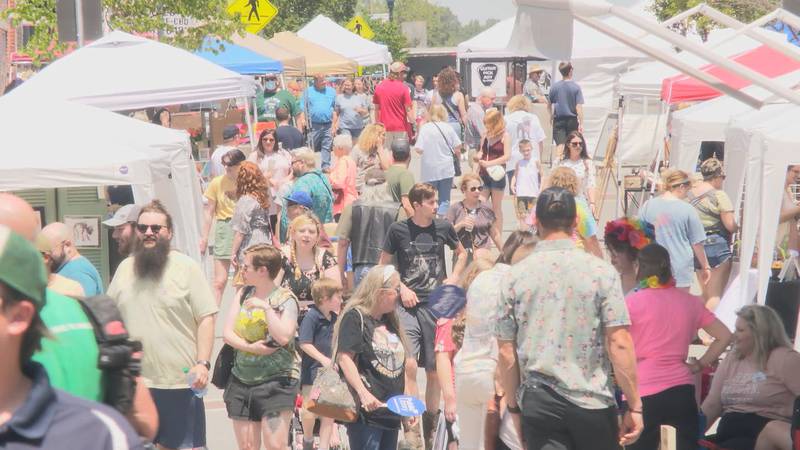 Jonesboro, Arkansas – People around the country and here in Jonesboro are making their voices heard, at the “Bans off our Bodies Rally”, as many waits to see if Roe v. Wade will be overturned in the next couple of months.

According to Leo Morley who was at the rally for hours, no matter where you live or what you believe in it’s important to stand up for yourself. “In the grand scheme of things like I said we are just small-town Arkansas but it’s important to show the people around us that it’s okay to voice your opinion on this,” said Morley. “It’s okay to fight for what you believe is right.”

Danita Martin who helped organize the protest, says it was a national event that she wanted to localize here in northeast Arkansas. “We knew there was going to be a national event and we knew that a lot of people were not going to be able to travel to Little Rock,” said Martin. “So, we wanted to do something that local people could participate in.”

Around 50 people went to the corner of Main Street and Washington in Jonesboro.

According to Morley, he feels like they made a difference. “I think we did make a difference by showing others it’s okay to speak out about this,” said Morley. “If we all stand together, we are more powerful.”

No matter gender or political affiliation it is important to realize the freedoms on the line, Martin said. “It’s up to you what choice you make,” said Martin. “But we need to be able to make a choice.”

Everyone in attendance said they were happy with the turnout and hoped they got the word out.