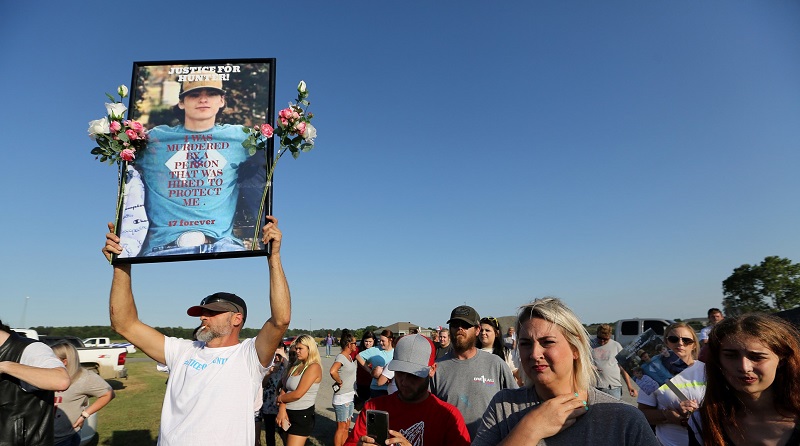 El Paso, Arkansas – On Thursday, the family of a teenager slain by a Lonoke Co. sheriff’s deputy held a small ceremony at his gravesite.

They honored him and renewed calls for body camera laws in Arkansas. “He was a cutup,” said Mary Robertson, Brittain’s aunt. “Just a country boy. He loved life, loved his family.”

A 17-year-old, Hunter Brittain, was killed by former Sgt. Michael Davis, in the early morning hours of June 23, 2021. An investigation revealed Davis did not turn on his body camera until after the shooting.

According to the family members, Brittain was holding a bottle of antifreeze at the time and was unarmed. “I hope Michael Davis has the same nightmares that we all have,” said Robertson.

Family members and friends gathered at the Grissard Cemetery in El Paso where Brittain is buried. They released balloons in his honor at 5:30 p.m. and discussed the need to hold police officers accountable while still being respectful. “We want them to honor their ‘protect and serve’ code they all present,” Robertson said.

According to the family, on Thursday two lawsuits have been filed against Davis and Lonoke Co. Sheriff John Staley. The former was fired before ultimately being sentenced to a year in jail on negligent homicide charges. He is currently out on appeal.