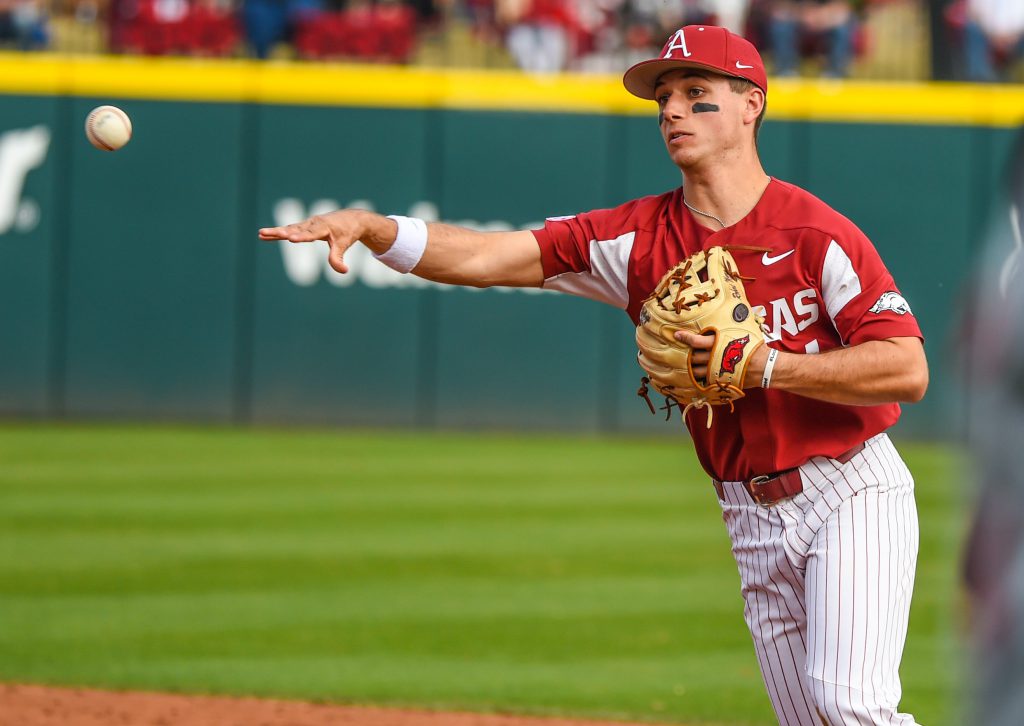 FAYETTEVILLE, Ark. — History was made Tuesday night, as Central Arkansas made its first ever trip to Baum-Walker Stadium. The #2 Razorbacks made sure it was a memorable one, clobbering the Bears 21-9.

It was a great start for UCA, homering on the game’s first at-bat. They went back and forth with the Hogs for the first couple innings, but then Arkansas exploded. When the dust settled, the Razorbacks had hit five homers, two from Jaylen Battles, and everyone in the lineup managed at least one hit. Robert Moore was electric, notching the first Arkansas cycle since 1994.