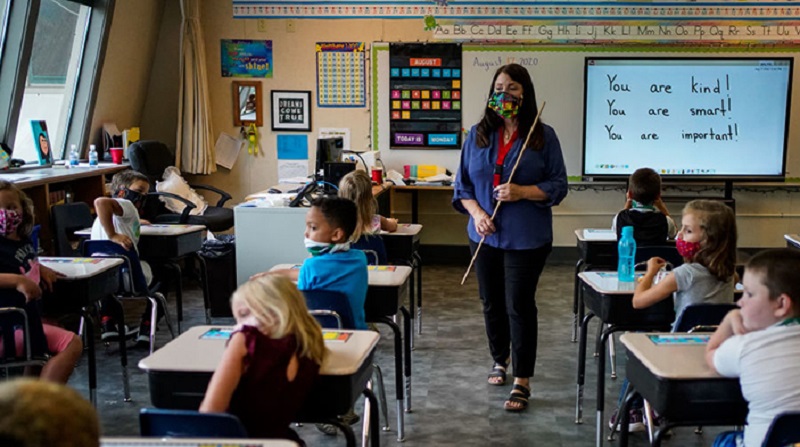 Perryville, Arkansas – As the school year is approaching, many schools are struggling to fill all their teaching positions.

According to Perryville Schools Superintendent, Walt Davis, they had about 8 positions open this summer, and one position open Tuesday they were hoping to fill. “I would say there is less than 50% in almost every situation for us this year. less than 50% of what we normally have,” Walt Davis.

Perryville School District has changed its workdays to get more qualified teachers. “We’re going to a 4-day week. We are going to try that and a lot of our research indicated that it was helpful to applications and teacher retention and teacher recruitment,” said Davis.

Teacher at Perryville High School, Cindy Ault, spoke out about why she believes there is a shortage. “I’ve had students at my high school say, you know Mrs. Ault, I would become a teacher if it wasn’t for the pay,” said Ault.

According to Ault, she’s been a teacher in Arkansas for 33 years and she said teaching looks much different today. “We are the mother, we are the nurse, we are the doctor, we are the psychologist, we are the music director…I mean we are a lot of things today,” stated Ault.

Both Ault and Davis agreed that you don’t go into the profession for the pay. “I really feel like the motivation to go into education is about young people,” said Davis.

Although, Ault does want to see change. “Teachers are tired of being put on the back burner,” said Ault, “let’s do what’s right. let’s get our salaries up, let’s promote our state”.