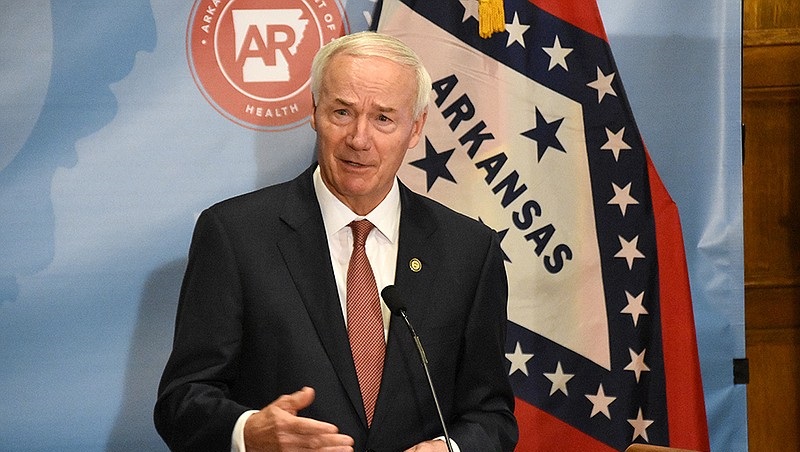 “The United States needs to be clear in its unequivocal support for Ukraine,” the Arkansas governor said. “We need to be clear in our condemnation of Russia, and we must impose the most severe sanctions that are available.”

Hutchinson touched briefly on the recent ice storm following his remarks on the Russian invasion.

“We actually came through the winter storm very well as compared to what could have happened,” he said. “The counties most severely impacted have been Cross, Crittenden, Lee, Monroe, St. Francis, and Woodruff.”

Adding that 28,000 Arkansans remained without power, the governor noted those counties had been hit the hardest with downed trees and power lines.

“Our utility companies have been working very hard to bring customers back online,” he said.

Now that the winter storm has subsided, the National Guard mission will be terminated as of noon Friday, according to Hutchinson.

Hutchinson called up more than 80 guardsmen on Wednesday to patrol state highways and interstates to assist stranded motorists.

“They were very instrumental in being pre-positioned,” he said. “They rescued about a dozen motorists.”

Turning to COVID-19, Hutchinson said he had spoken to Dr. Rochelle Walensky, director of the Centers for Disease Control and Prevention. The CDC is expected Friday to release new federal mask-wearing guidelines.

“I have advocated for probably a month for the United States to move away from the pandemic state into a more normal state of operations and management of infections related to COVID,” the governor said.

The latest report from the Arkansas Department of Health revealed the following numbers since Tuesday, Feb. 22: