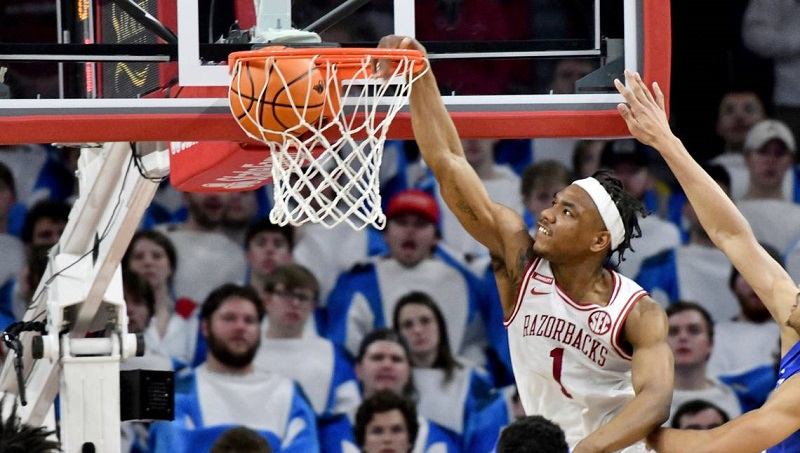 Fayetteville, Arkansas — #18 Arkansas upset #6 Kentucky on Saturday. The team has now won 13 of its last 14 games.

Arkansas started the game on a 15-2 run. With two monster dunks, Trey Wade brought Bud Walton to its feet.

Oscar Tshibwe had eight points and seven rebounds, but the rest of the team was 0-8.

The Wildcats would start the second half on a 13-6 run to take their first lead since 2-0.

Kentucky had 13 points off turnovers.

Tshiebwe’s 26th point of the game put Kentucky back on top. The big man had 15 rebounds as well.

On Wednesday night, against LSU at 8 p.m. Arkansas will finish its home schedule.