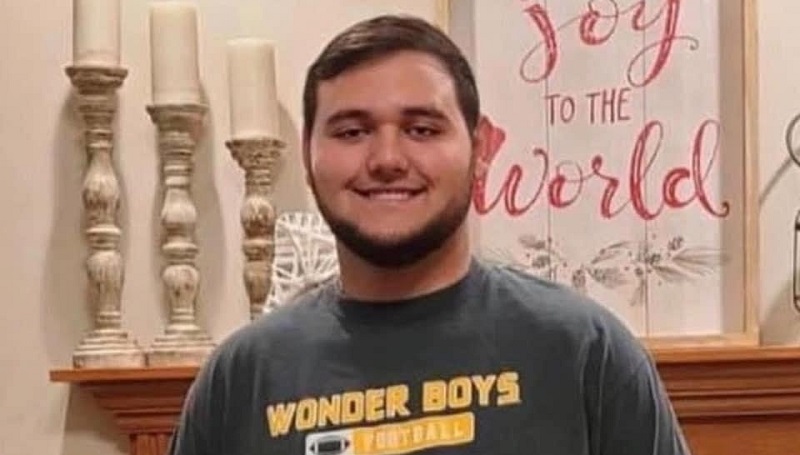 Arkansas – Right before he was about to start football practice with Arkansas Tech, Jesse Boshears was diagnosed with COVID-19.

After eight months of battling the virus from a hospital bed at Baptist Health, the 20-year-old died on March 3, 2022, according to the university.

After Boshears had been in the hospital for 7 months with complications from the virus, last month, his mom, Shelly Vincent, shared his story.

The 6 foot 3, 300-pound football player had the body of an athlete, but according to his mother, his heart was even bigger.

“He just has a heart of gold. I mean, he’s just always been that sensitive kid, but this big boy that cares for everybody,” Vincent said to us in February.

Boshears graduated from Perryville High School and transferred from the University of Central Arkansas to Arkansas Tech in 2021 to continue his studies and play football for the Wonder Boys. “We are deeply saddened to learn of Jesse’s passing,” said Dr. Robin E. Bowen, ATU president. “The manner in which his teammates and his hometown rallied around him in recent months was evidence of how much he was loved. I express my condolences to Jesse’s family and many friends.”

Boshears’ funeral service is scheduled for 2 p.m. Thursday, March 10, at the Perryville High School football stadium, 325 Houston Ave. in Perryville. “Please keep the Boshears family in your thoughts and prayers,” said Kyle Shipp, ATU head football coach. “Jesse was a great young man who was loved by so many. We were so blessed to have Jesse as part of our family. We love you and you will always be a Wonder Boy.”

The ATU Health and Wellness Center offers counseling services for Arkansas Tech students who wish to speak with a professional during periods of loss and grieving. Call (479) 968-0329 for more information. “Everybody around us would always say, ‘there’s just something about Jesse he’s so special,’ and I always say ‘he made our job look easy.’ I don’t feel like I raised him. I feel like he raised us. I really do,” Shelly Vincent said of her son.

COVID-19 hospitalizations in Arkansas fall below 300