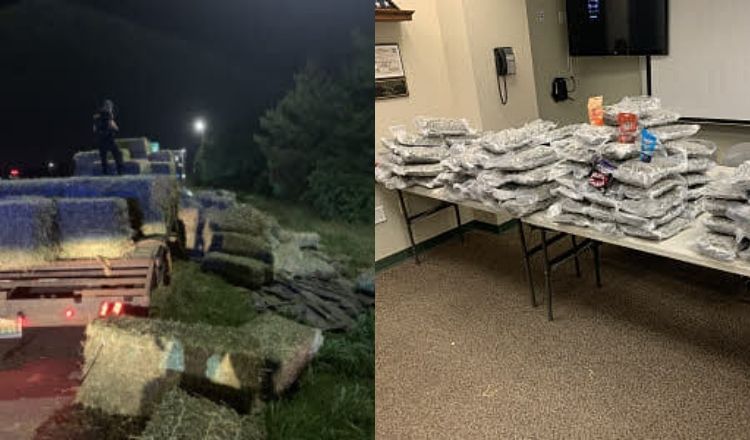 Conway, Arkansas – One man was arrested and charged after Conway police found out that he was smuggling marijuana in his truck.

According to police, officers found the marijuana on May 22nd in a trailer loaded with hay bales.

The identity of the driver was not released, but police say he was from Washington.

What appeared to be regular traffic stop, ended up with 130 pounds of marijuana seized.

The truck driver is jailed at the Faulkner County Detention Center. He is charged with drug possession charge, but he might face additional charges.

Little Rock man shot in the leg while working on his car Sunday afternoon, report