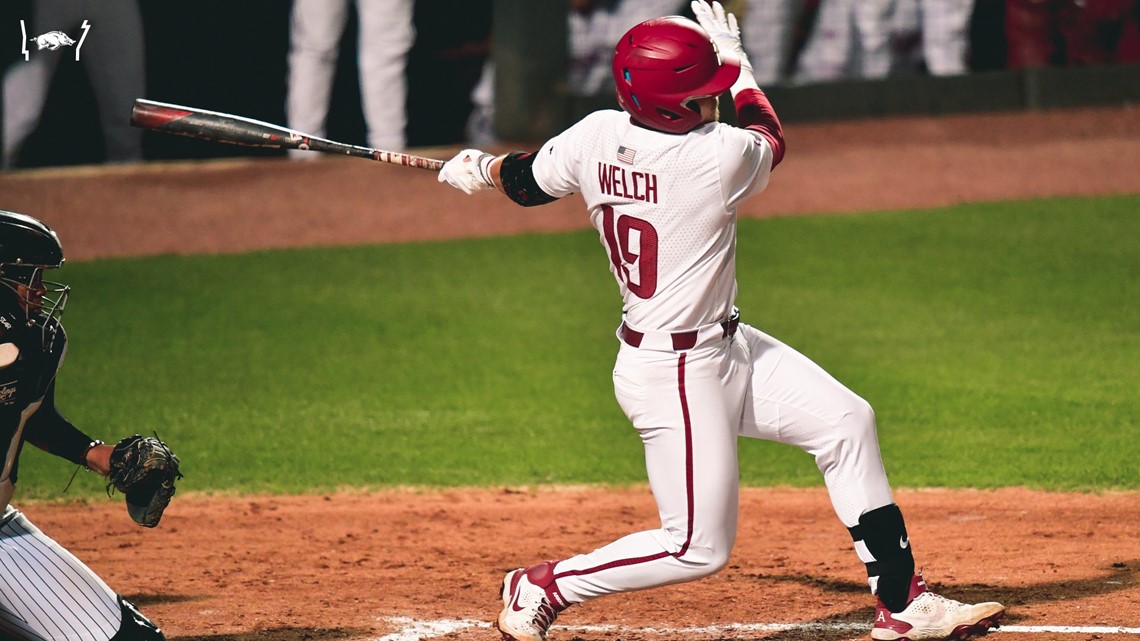 The offense picked up right where they left off on Sunday. The Hogs led 4-0 in the second inning thanks to a Franklin two RBI single.

Caleb Bolden was sharp on the mound throwing five innings of one run ball.

The offense would explode for five runs in the seventh. Catcher Charlie Welch got the start and had an RBI single in the inning.

Franklin would hit a three run home run in the eighth inning to put the icing on the cake. He was a triple shy of the cycle on the night as Arkansas gets the win, 12-4.