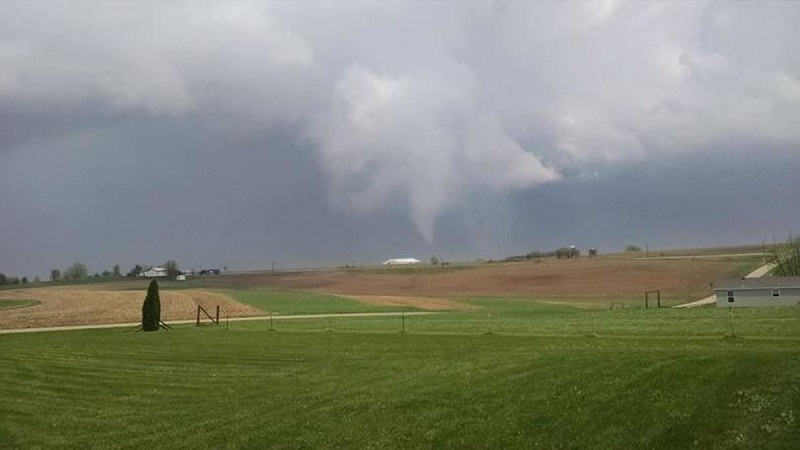 Both tornadoes touched down Saturday in Grant and Prairie Counties, according to the NWS.

According to NWS officials, both were small, brief, and weak.

The tornado in Grant County had a peak wind of 65 miles per hour and left no observed damage, the survey said.

The tornado in Prairie County had a peak wind of 70 miles per hour and affected farming facilities on East Skarda Road.

According to the survey, the storm blew the roof, doors, and propane tanks out of a farm shop in the area. In Prairie County, the storm also left damages to trees and power poles.

Following the storms Saturday night, Monday is kicking off a week of potential severe weather. After dying down early Tuesday, storms are expected to fire back up on Wednesday and Thursday.