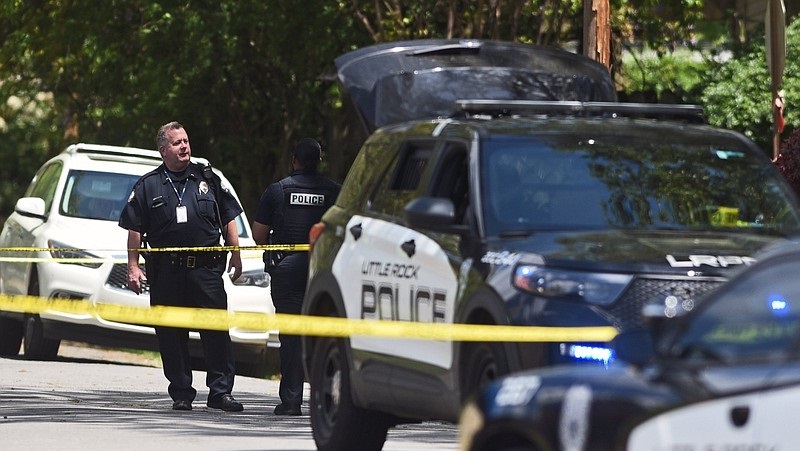 Little Rock, Arkansas –On the four-month anniversary of the city’s 27th homicide, Little Rock Police are still searching for answers.

According to police, Raymond Moore was shot and killed in April of 2022 on 1400 E 28th Street in Little Rock on his way in to work.

“He was just shot down at the door,” said his wife, Teresa Moore. “He did not even make it in work to even clock in.”

Moore’s wife, Teresa visited the spot again for the first time Monday, August 29, on the four-month anniversary of his death. “It’s a struggle when you see the person who just left home to go to work on the ground,” Moore said, recalling the day her husband died.

According to Moore, she is frustrated that her husband’s murder case is still unsolved. “I get on TV and I see this person has been arrested for this murder, but we still have an ongoing investigation for my husband that was four months ago.”

Moore’s dad, Raymond Johnson said he was out on parole when he was murdered. He had been in prison for drugs prior to his death but had been clean and working since he got out. “For two months, he came to work every morning he would get on Facebook and advertise that he was so happy about his job,” Johnson said.

While he still has few answers about his son’s murder, he is certain of one thing, Johnson said. “I think it was planned,” he said.

In the meantime, Moore’s wife, Teresa is six months pregnant with their first child, which is a girl. She said it breaks her heart knowing Moore will never meet their daughter. “Now I’m having to carry our child alone,” she said. “Our first child together, and he’s not here with me to experience this.”

There is a $10,000 reward for anyone with information leading to an arrest/conviction regarding the homicide.