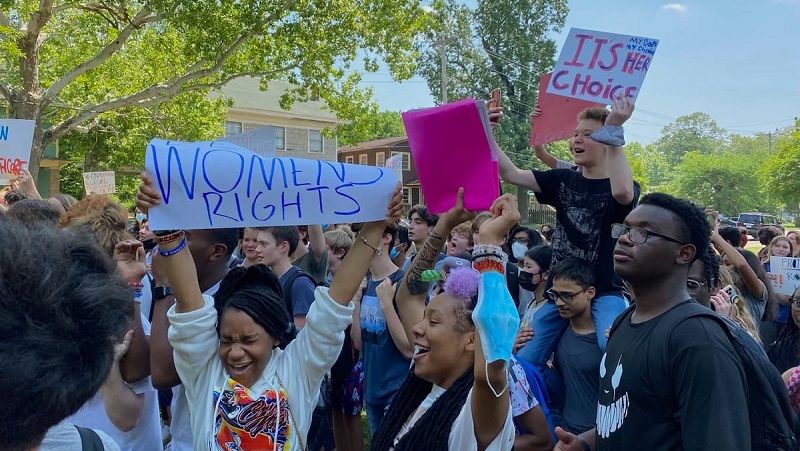 There were roughly 20-24 demonstrators that were a part of the protest, with those in attendance blocking the road for about 20 minutes before Little Rock police gave them a dispersal warning.

“Every day, we are out here to not necessarily get an annoyance on the government officials in the state, but to bring attention that we are not okay with the decisions that they keep making for us,” Jay Miles, a demonstrator, said.

Demonstrators moved to the State Capitol where there were roughly 40 people in
attendance in total. “Really what we’re trying to bring to light [are] the statistics in this state,” Miles said. “We have over 4800 kids in the state of Arkansas in foster care systems with only 1700 homes available,” Miles said.

Protestors mentioned that this was the sixth day of demonstrations, with the protests taking place after Arkansas banned nearly all abortions in the state.

This comes after Gov. Asa Hutchinson signed the Arkansas “trigger law” in 2019, which later took form as the United States Supreme Court overturned Roe v. Wade in a 6-3 decision.

Boys and Girls Club of Central Arkansas hoping to expand

Train and semi-trailer miss by just inches in Conway