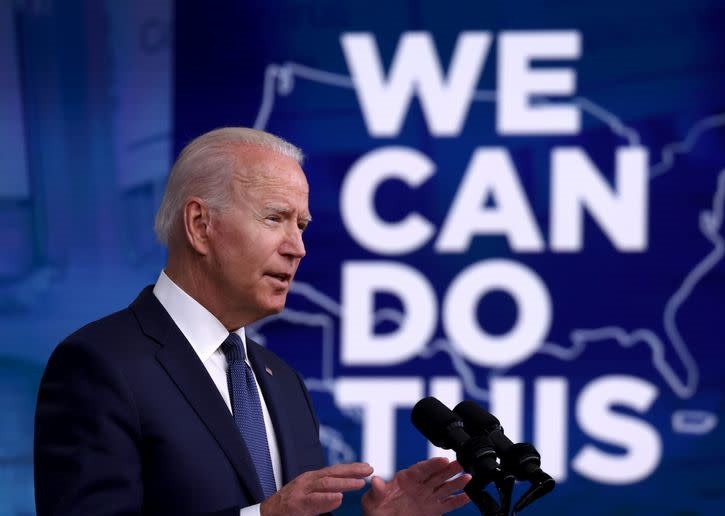 The overwhelming evidence showing that vaccines are still the best weapon we have to fight the Covid-19 means nothing to more than half of the unvaccinated people who still believe getting infected with Covid-19 will cause much less damage to their bodies compared to the damage caused by the vaccines.

And this frightening result was confirmed by a recent survey which means no bright feature if this group of people doesn’t change their mind soon.

The vaccines have been proven to keep us safe from the virus in the past few months. Although the efficiency against the Delta variant slightly drops, the fact that the vaccines will keep one safe from severe condition and death by over 99%, should be more than enough for everyone to be convinced and get vaxxed.

Fake news and misinformation have done their thing, but one major fact should be also considered and that’s the political split. Not a single politician has publicly called the nation not to get vaccinated, but White House officials and Democrats are blaming the GOP representatives, Donald Trump, Fox News and their supporters for the lower-than-expected vaccination rates so far.

But the numbers oppose these claims. According to the latest data and statistics, at least half of the unvaccinated seem to be Democratic supporters. The political narrative in blaming the other party’s supporters for not getting the shot simply doesn’t count.

The one thing that we should be worried about is the fact that these folks, no matter of their age, ethnicity, their social status or political affiliation, have one thing in common claiming the media have exaggerated the severity of the pandemic.

These folks are the same we can blame for latest surge in numbers, because this group of people is the same that opposes wearing masks in public.

Back to the numbers, 53% of unvaccinated people said the COVID-19 vaccines pose a greater health risk than the virus.

About 14% of those surveyed say they will “definitely not” get vaccinated — the same proportion as in December. This is the same number as back in December, despite the latest wave and hospitals reaching news records of hospitalizations.

Only 23% of adults who have yet to get vaccinated say they believe vaccines are very or extremely effective at preventing death — despite strong evidence that they are.

But 10% of adults who remain unvaccinated say they want to “wait and see” how the vaccine works for other people before getting vaccinated. Another 3% say they will be immunized “only if required.” But that’s down from 6% in June.

If something doesn’t change soon, the future is not bright.