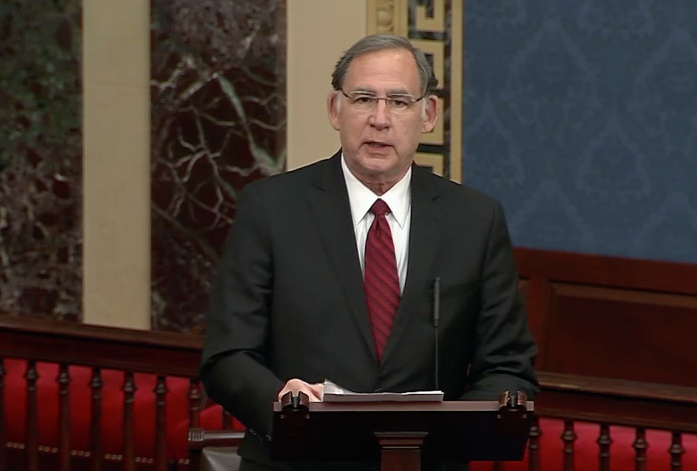 Arkansas – There has been a week since the heavy rain and flooding in southeast Arkansas. Even though the weather was dry and sunny in the last couple of days in the area, not all of the flood waters have receded yet.

Arkansas Gov. Asa Hutchinson visited the most hit areas last week and evaluated the situation firsthand. But on Friday, some of the federal delegation got to look at things for themselves.

Sen. John Boozman (R-Arkansas) toured the region to get a firsthand look at what farmers are dealing with.

Boozman and his team discussed the damages that farmers sustained as a result of the flooding. They also talked about the drainage issues in the region and how this affects the market in general.

“Then all of a sudden, you have an event like this and it precludes you from going further and replacing all of this,” Boozman said. “So it really makes it very difficult to have a crop at all. So it’s a devastating loss and I think that’s what we learned the most is how this is really affecting our farm families.”

“We’ll have to treat the whole thing field as if it were good,” Chris Isbell, a farmer, said. “So you’re putting fertilizer on plants that are dead in order to fertilize the ones that are living and it cost more to produce a bad crop than it does for a good crop.”

Knowing that agriculture is the second largest industry in Arkansas, the damages will have serious effect in the state’s economy and many markets will be hit. What is even more, the long road to recovery will make things even worse.

Boozman said he will support any type of declaration the governor issues so Congress can move on anything that is within their power.

Boozman also added he will hold meetings with the delegations from Mississippi and Tennessee to discuss what can be done regarding the issue. He also assured farmers he and his team will put all the efforts in helping them to recover as soon as possible.

Bill Kincaid named acting chancellor at the University of Arkansas

Leading cause of death in infants is drowning CDC says, Arkansas reported only 1 drowning this year