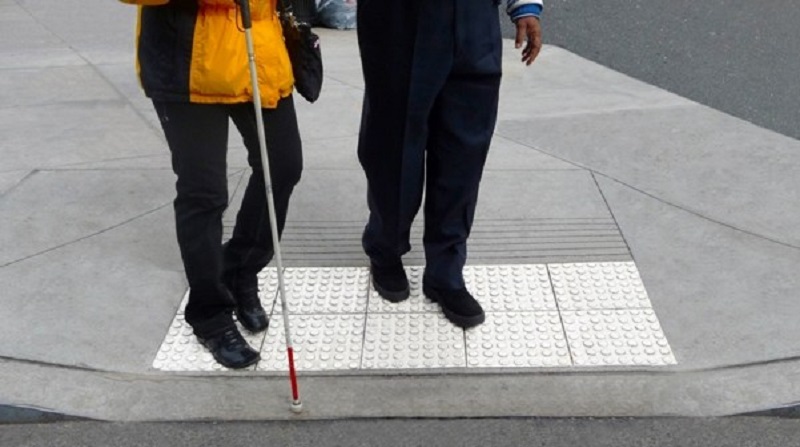 Little Rock, Arkansas — Throughout the pandemic, a lot of Arkansas kids in school have had to shift back and forth from in-person to virtual learning. According to officials with the Arkansas School for the blind and visually impaired, their students are no different when facing COVID challenges.

According to Lori Cole with the ASVBI, they are handling adversity the best they can. They teach K-12 students on their campus, she said. Cole added that for virtual classes they use Google classroom and Google meet, but the transition was not easy for some students. “The struggle becomes with students that might not be on grade level or are not proficient in Braille or adaptative technology,” Cole said.

According to Cole, another challenge was finding substitute teachers for visually impaired students. They did their best to provide teacher support when needing a mental health break, she said.

Officials with ASVBI say that this year they’ve used six AMI days, 21 of their staff members and eight students have had to quarantine, and they are currently under a mask mandate.

Cole says they are aware of the dangers the omicron variant brings to certain students. “When someone is immune suppressed they may have a harder case of COVID or may get sicker,” she said. “We’re just very mindful to make sure that if a student has a symptom we’re in constant communication with the nurses and the parents.”

Amanda Harrison has a son who attends ASVBI. She said the pandemic has made her more aware of the things her son can or can’t do in school. “I know that it helped me to become a lot more involved, and to know a lot more about what my son is learning, and what he is able to do,” Harrison said.

According to Harrison, she doesn’t believe there was ever a moment where the pandemic became too much for her child.

When students couldn’t be in school, Diya Chakraborty who is legally blind and a student at ASVBI had a difficult challenge with virtual Arkansas. She said class participation was limited. “They might have some pictures there and you can’t see them, you speak up to the teacher and say hey, Mr. or Mrs. whoever I’m blind and I really can’t see those pictures that are on the screen. Would it be ok if you can describe them to me,” she said.

According to officials with ASVBI, virtual Arkansas has classes that are not offered on campus, such as Spanish classes.

Chakraborty says she recommends any legally blind student constantly communicate and speak up for their rights because it’s important to the success of a blind student. “Everybody else got to participate in some sort of activity like they had snapshots and screenshots and all sorts of visual stuff in there and I all of a sudden felt left out,” she said. “I had no idea what to do.

According to officials with ASVBI, they are constantly working on making sure parents, teachers, and students are all on the same page.