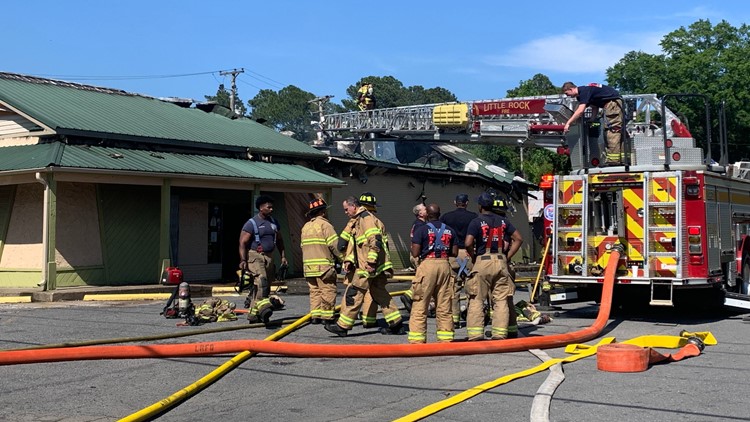 LITTLE ROCK, Ark. — According to Little Rock Police Department, Sims BBQ on Geyer Springs was on fire Friday afternoon after a call came in just before 3 p.m.

When crews arrived, they reported flames coming through the roof of the restaurant.

The fire was put out within the hour and the fire marshal said in a statement that the fire did not seem “suspicious in nature” and had just arrived on the scene as of 3:45 p.m.

Crews are still handling the smoke and no injuries were reported.

The cause of the fire has not yet been released.