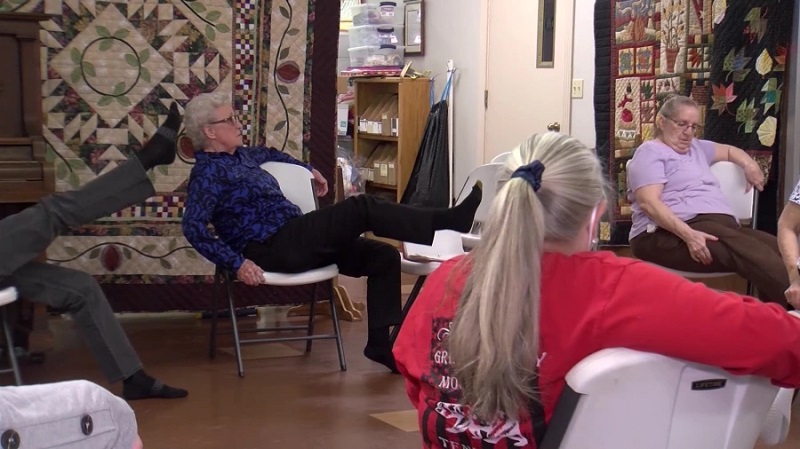 Beebe, Arkansas – One of the keys to longevity in life is an exercise for a group of women in Beebe.

They go to the Sheppard Center at Beebe First Methodist Church twice a week for a workout class led by 95-year-old Vanita Hill.

About how long she has been leading the class, Vanita says “Just put down (since) 2000 because I really don’t know how long it’s been,” she responded.

She still loves helping others. As the women stretch, strengthen, and tone, they will tell you that Vanita creates quite the challenge. “She does so many things at her age that people at 50 can’t do,” Chirs Shubert, who nominated Vanita as a Remarkable Woman, said.

Vanita was born in 1926, a person could buy a loaf of bread for 9 cents and a gallon of gas was just 23 cents. She says she grew up poor. “We took our clothes in a little red wagon, went down to the creek and washed our clothes down there and then brought them back and hung them up,” she recalled.

On a question what does she think of being a Remarkable Woman nominee? “An honor yes, but so humbled I just, I still can’t believe it.” Vanita said.

$555k dollars worth of meth seized in Conway