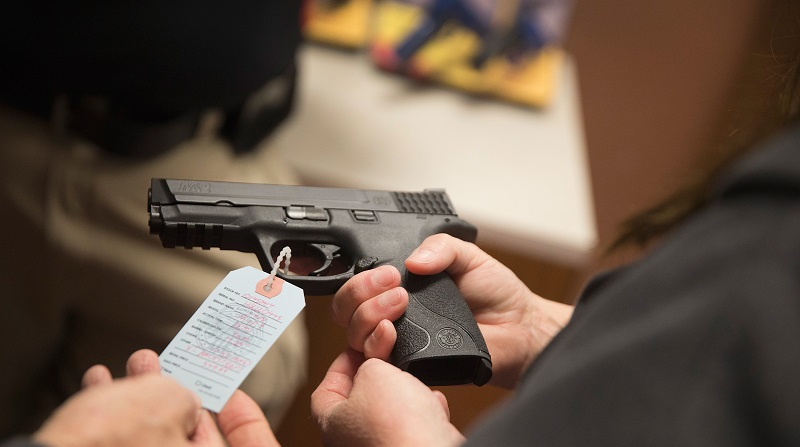 According to Robert Steinbuch law professor of law at Bowman School of Law at the University of Arkansas at Little Rock, the laws in Arkansas can vary based on location and license. “The laws are a little bit complicated,” Bowman said. “In fact, there are two regimes by which you can own and carry a gun.”

The first is called constitutional carry, Steinbuch said. “That means that anyone who owns a gun, who is allowed to own a gun (anyone who is not deemed mentally incompetent or a felon) can own a gun and also carry a gun,” Bowman said.

According to Steinbuch, there is some dispute amongst authorities on whether those people can carry the guns only openly or they can also carry them concealed. “Separately there’s a concealed carry regime,” Steinbuch said, “Which you get a permit from the state and that allows you to carry a gun concealed in more locations than you could under constitutional carry.”

According to the general manager at Arkansas Armory Inc., people can get which allows both professors and students to carry guns on university campuses.”In 2015 Arkansas passed the enhanced carry license law that went into effect as a result of the Virginia Tech shooting,” House said.

According to Professor Steinbuch, guns are not allowed in jails or federal buildings but are allowed in other areas, depending on the license. “You can carry in the Capital and it does happen routinely,” Steinbuch said. “You legally should be able to carry in any city building that’s owned by the city.”

House said gun owner safety is also important. “With [owning a gun] comes some need to train and to learn how to use it and the responsibility with that.”

COVID-19 hospitalization numbers in Arkansas back above 100