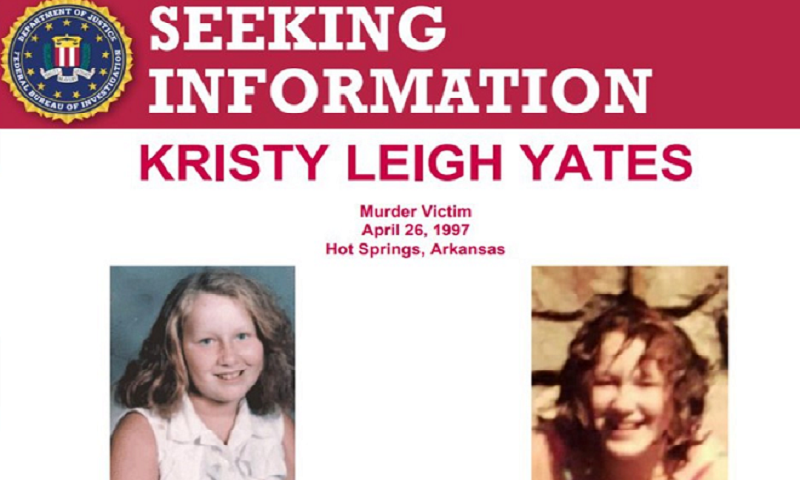 Little Rock, Arkansas – On Tuesday The FBI announced that it is offering a reward of up to $25,000 for information leading to the arrest of the suspect(s) involved in the 1997 murder of Kristy Yates in Garland County.

Yates was last seen at the Hot Springs Mall on April 25.

Investigators believe that the killer may still reside in Arkansas, according to the FBI.

Little Rock Office of the FBI asks anyone who has any information concerning the Yates case, to call at (501) 221-9100, your local FBI office, or the nearest American Embassy or Consulate.