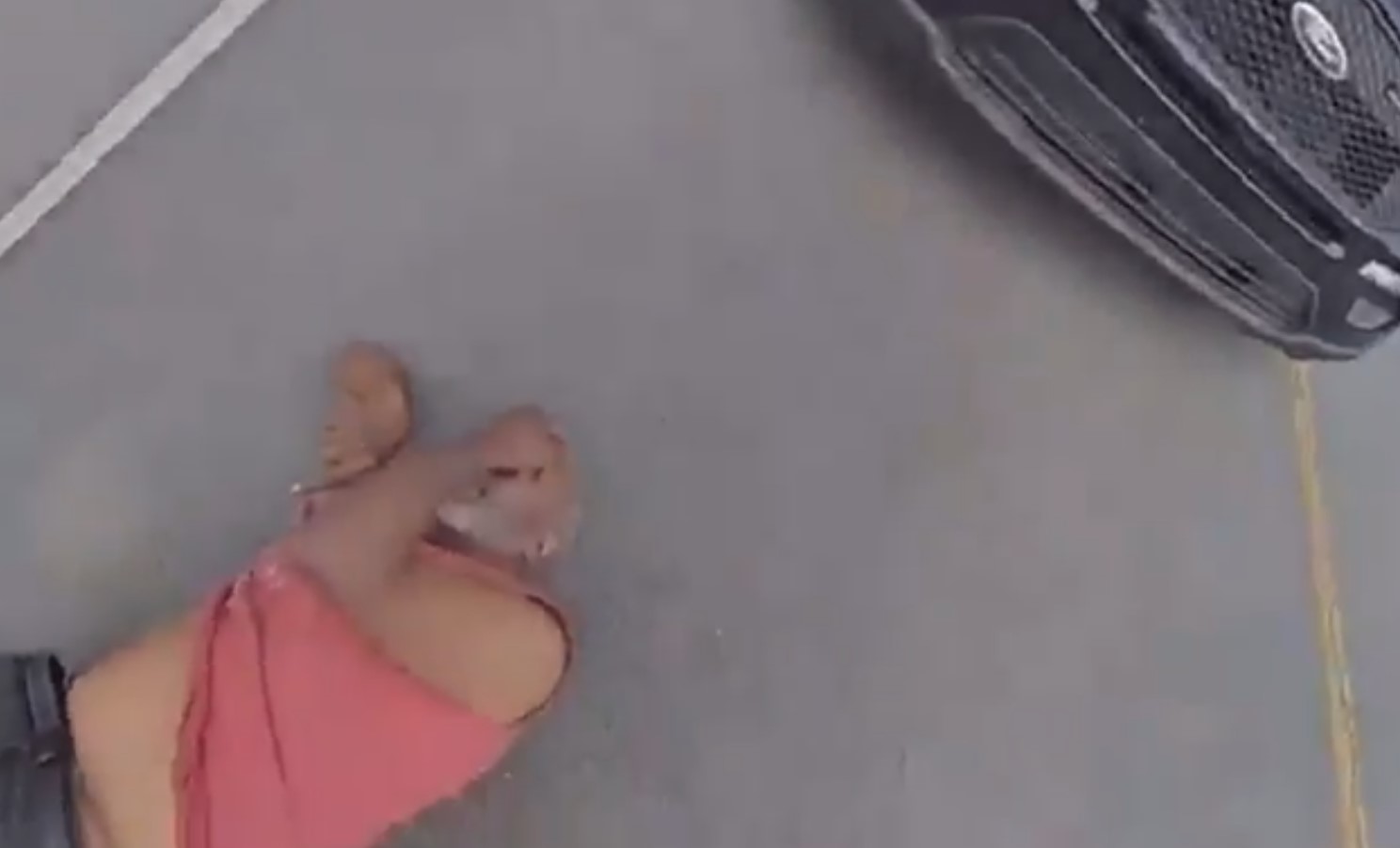 Little Rock, Arkansas – Elderly man was hit by police officer patrol car in Little Rock and the accident was caught on camera.

According to latest information, the incident took place on May 22nd at 3:12 p.m. at intersection of West 12th and Peyton Street. The video shows the patrol car turning into the lane while the pedestrian was crossing the road.

“I was making a right turn and he hopped out in front of me,” Williams told a medic at the scene.

The man was thrown on the hood then fell on the road. Officer Williams then got out of the car and headed to the man asking if he was ok. He replied “no.”

“He’s alright he’s just laying there because everyone is screaming and yelling,” Williams told another officer at the scene. “He’s just got a sprained elbow.”

Officer called a supervisor at the scene. Williams asks the pedestrian if he can breathe or if he can stand up on his own, to which he replies “yes” and “no.” The man then asks for his son.

The man was taken in hospital for treatment. From what can be seen from the video, a group of  passersby recorded the incident.

Patricia Mason works at the Pic-Pac Liquor store on 12th Street and said the man who got hit was her cousin.

“He’s OK and he’s walking around. He just walked back home,” Mason said. “He’s not feeling good about it because [the officer] seen him but he turned the corner and he couldn’t do nothing but hit him because he didn’t stop.”

Police in the area is usual scene as many people are fighting after getting drunk. Business owners say cops often cooperate with them in order to solve fights and when looking for suspects.

There is ongoing investigation about the incident.

UPDATE: Take a look at this video of @LRpolice officer Rashaud Williams striking a pedestrian after turning right. LRPD tells me Williams is still working and would only be taken off duty if the accident showed “gross negligence.” @KATVNews #arnews pic.twitter.com/ljuhAXnz2l