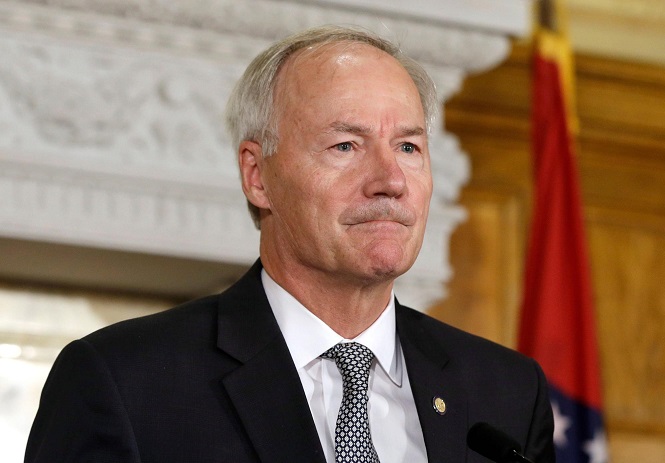 The rising number in cases in sounding the alarm every day in Arkansas and it seem like the Governor and the lawmakers are under heavy pressure to amend the Act 1002 which bans mask mandate in the state.

As the Delta variant surges in Arkansas, Gov. Asa Hutchinson reinstated the public health emergency on Thursday. Last time when the governor announced the mask mandate, there were just half of the current daily cases. On Thursday, more than 2,800 cases were reported in the state.

The mask mandate seems to be an essential step right now knowing the latest situation with the Covid-19 cases. However, the governor can’t bring the mask mandate because of the Act 1002 that was put in force in March which bans any kind of mask mandate in the state.

But as the school year approaches, the governor, the state officials and the lawmakers seem to be under heavy pressure and Hutchinson called a special session to discuss the matter. Despite the high numbers and the real need of lifting that ban, lawmakers are divided over the question if school districts should be allowed to decide whether to require masks.

“When you’re looking at 12 and under, they can’t get vaccinated because it hasn’t been approved for them,” Hutchinson said about school children’s vulnerability to the virus.

Children have been pretty safe from the Covid-19 until lately as they were either asymptomatic or wouldn’t get infected by the virus. But the Delta variant is something else and children infected with Covid-19 are regular in the daily reports issued by the Arkansas Department of Health. Hutchinson is mostly worried about this group.

“I think the outcome is uncertain at this point but given the state of COVID in Arkansas right now and the vulnerability of our kids, particularly those who are too young to be vaccinated, it’s worth it to at least give it our best effort to try to protect those kids,” State Senator Clarke Tucker said.

According to him, this will empower school districts to decide whether they will have to put in place mask requirement and control the situation in their county. He added that this will not only help the children, but it will help every resident in Arkansas.

Hutchinson meanwhile added that there won’t be statewide mask mandate in any case or restrictions to businesses. If lawmakers decide to amend Act 1002, it will only allow the school districts to decide for the schools in their county.

While the public and health experts push the lawmakers to allow school districts to require masks, Delta variant is increasing the number of cases in Arkansas