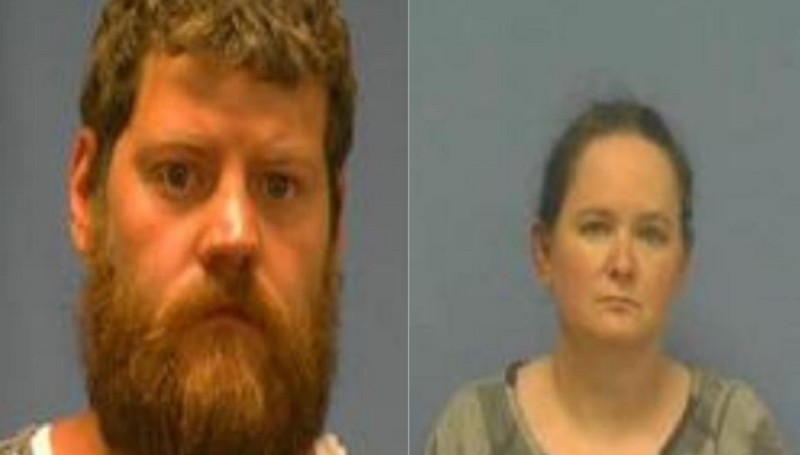 Saline County, Arkansas – On Feb. 16, Saline County deputies responded to a domestic issue that allegedly was a fight between two people that were trafficking a child, the sheriff’s department said in a statement.

Upon arrival at the scene, deputies found the argument between Christy Halpine and Terry Smith Jr. had begun after they had set up a meeting with the “purpose of engaging in sexual intercourse” with a child under the age of fifteen.

According to Saline County deputies, Smith and Halpine had arranged the meeting with “a person of authority over” the minor.

A 41-year-old Halpine, and 32-year-old Smith, were both arrested with charges of internet stalking of a child and trafficking.

Both are being held at the Saline County Detention Center. Their first appearance in court will be held Friday morning.