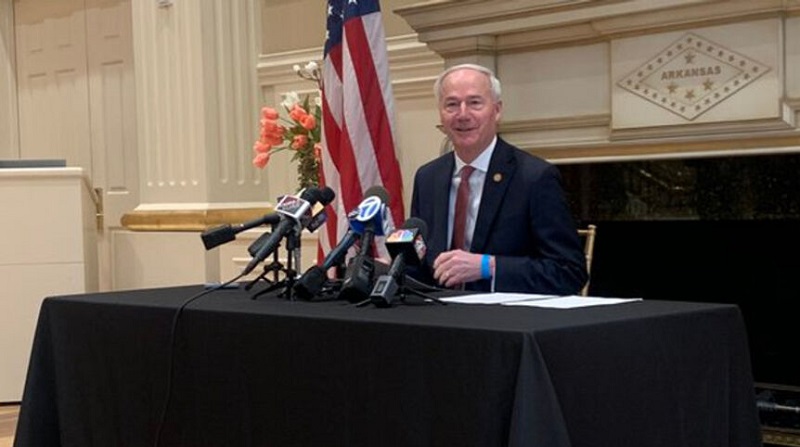 Little Rock, Arkansas – Arkansas Governor Asa Hutchinson announced he will be creating a commission on the status of women in Arkansas, in a press briefing on Thursday.

The commission will be chaired by the governor’s chief of staff, Allison Williams.

According to the governor, Williams is “passionate about removing barriers to women in the workplace and ensuring their success has no limits.”

Williams has many years of leadership experience, including her days working in homeland security after 9/11, Hutchinson said.

There have been four commissions focusing on women in Arkansas’s history.

For the commission Hutchinson announced Thursday, there will be 14 members the governor will appoint, as well as have membership designated by the House and Senate.

He said he is asking the commission by executive order to focus on the following:

“I consider this commission to do very important work for our state,” Gov. Hutchinson said. “It will make recommendations to myself and to the general assembly on ways to eliminate the barriers to entering the labor force, and to participating in the success that we all want in life and in our careers.”

According to Hutchinson, the commission will also provide a review of the childcare economy in our state.