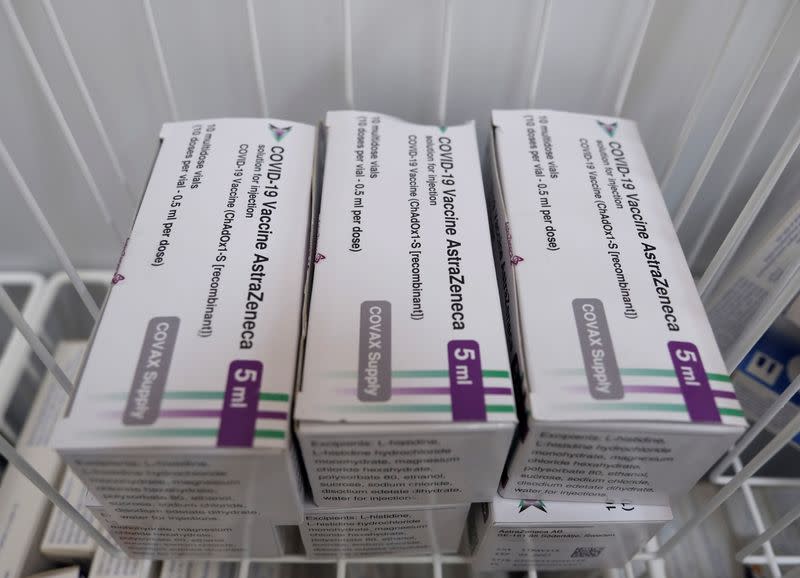 WASHINGTON – The United States will start to share up to 60 million doses of AstraZeneca Plc’s coronavirus vaccine with other countries as soon as the next few weeks, the White House said on Monday.

White House Press Secretary Jen Psaki said the United States would release the doses to other countries as they become available.

She said there could be 10 million doses cleared for export “in coming weeks.” About 50 million more doses are currently being produced and could ship in May and June.

“Right now we have zero doses available of AstraZeneca,” Psaki said, noting that U.S. regulators still need to review the quality of those already produced.

Psaki said the Biden administration is still deciding what the process will be to determine where and how it will share the vaccine.

“We will consider a range of options from our partner countries and, of course, much of that will be through direct relationships,” she said.

The AstraZeneca vaccine has not yet been authorized for U.S. use by the Food and Drug Administration.

The Biden administration in March said it would send roughly 4 million doses of the British drugmaker’s vaccine to Canada and Mexico, and is under growing pressure now to expand sharing of its stockpile with India and other countries.

India has become the latest epicenter of the pandemic, threatening to overwhelm its healthcare system.

An AstraZeneca spokeswoman could not comment on specifics of the arrangement, but said the doses were part of its supply commitments to the U.S. government. “Decisions to send U.S. supply to other countries are made by the U.S. government,” she said.

The Associated Press earlier on Monday reported the doses would be shared in coming months following their clearance by the FDA.

The AP reported that the doses were made at the Emergent BioSolutions facility in Baltimore, which came under harsh criticism for a long list of cleanliness and manufacturing problems found during an FDA inspection.

AstraZeneca is no longer making vaccine at that plant after a batch of Johnson & Johnson’s vaccine was ruined by contamination with ingredients from the AstraZeneca shot.

J&J is now overseeing production of its vaccine at the Emergent plant.

Woman Involved in Fatal Crash, on Probation for 2014 Death