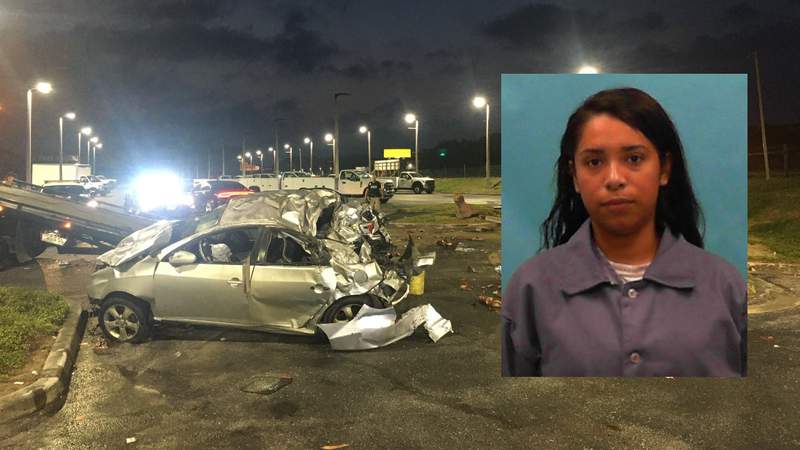 TAMPA, Fla. — A Florida woman who was already on probation for a fatal traffic crash in 2014 was arrested Sunday following another crash that killed one of her passengers, authorities said.

Court records show Jennifer Carvajal, 24, was on probation after serving prison time for the previous fatality, which happened when she was 16.

Early Sunday, a Florida Highway Patrol trooper clocked Carvajal driving at 111 mph (179 kph) along a highway near Interstate 4 in Tampa.

As the trooper tried to overtake Carvajal’s car, she made a hard right turn that sent her Hyundai Elantra onto the road’s shoulder and down an embankment before it went airborne, the crash report said. The car struck a concrete light pole and a palm tree before overturning in the parking lot of a car dealership.

A 19-year-old front seat passenger was thrown into the backseat and two rear passengers were ejected from the car, the report said. The passengers were all taken to a hospital, where a 22-year-old later died from injuries suffered in the crash.

State court records show Carvajal served time in prison after she ran a red light and struck and killed a 52-year-old driver in Plant City in 2014. Carvajal was charged then with DUI manslaughter and driving without a valid license.