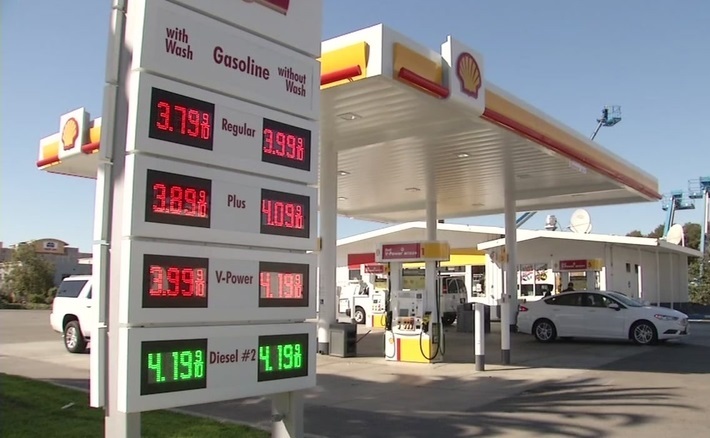 As we are getting closer to the Fourth of July weekend, the demand of gas has increased to a level that is resulting with record high gas prices in the last seven years. The holiday weekend is not the only reason for paying record prices in recent years, but the huge demand of gas will eventually increase the prices even more the weekend in front of us, experts say.

The average price of a gallon in US on Wednesday was $3.13. The gas prices have been steadily increasing since last fall when US started lifting the Covid-19 retractions. Lifting the restrictions meant more gas demand after a several-month-long period and experts say that getting below $3 again will probably take some time.

“Today, 89% of U.S. gas stations are selling regular unleaded for $2.75 or more. That is a stark increase over last July 4 when only a quarter of stations were selling gas for more than $2.25,” AAA spokesperson Jeanette McGee said Monday. “Road trippers will pay the most to fill up for the holiday since 2014.”

Almost 50m Americans are expected to travel over the holiday weekend. The number is almost double compared to last year’s Fourth of July and it’s slightly lower compared to 2019. Most of this number of people will use their car reaching the destination.

“We’re coming out of the pandemic, demand is way up, traveling is way up, and supply can’t keep up with it,” said Michael Noel, an economist at Texas Tech University who studies oil and gas competition. “It is the opposite of what we saw going into the pandemic.”

According to GasBuddy, average gas prices in United States are 92 cents higher compared to last week of June 2020. Drivers across the country are now paying 5 cents compared to last month. The prices have gone done a little bit last week due to lowered demand, but an uptick in crude oil prices boosted prices at the pump.

“As we approach July 4, it appears the only way forward is for gas prices to continue to rise as Americans’ insatiable demand for gasoline continues to act as a catalyst,” Patrick De Haan, head of petroleum analysis for GasBuddy, said in a statement. “And with hurricane season soon coming into its prime, we have plenty more catalysts for a rise in price, and few that could restrain the situation.”

Drivers in few states that are paying much higher gas prices compared to other states. Gas prices in California for instance are well above $4 per gallon, but there are plenty of states that are still paying gas under $3.

What to expect? Prices will probably increase a little bit more for the weekend, but the lower demand in the upcoming weeks should lower the prices respectively.