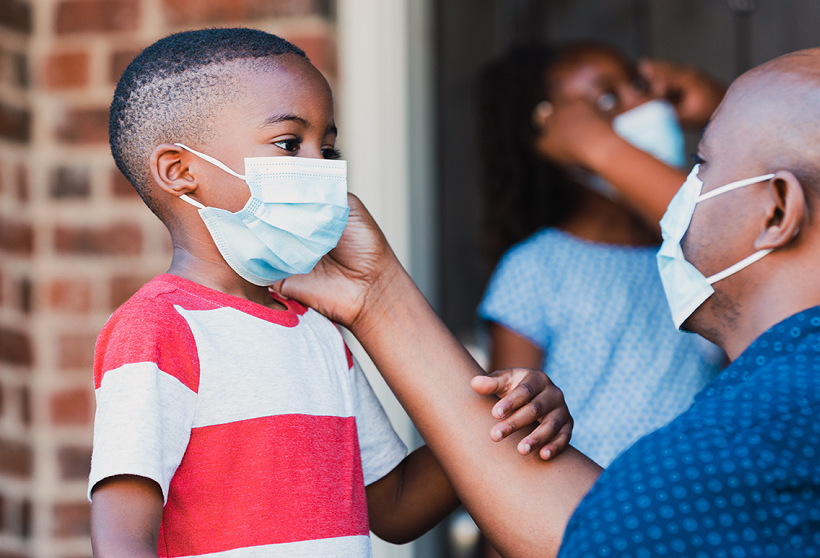 Arkansas – The recent Covid-19 situation is surely making every Arkansas resident unsure about their safety and the recent numbers will probably stay high at least for some more time.

While majority of parents were happy to hear the good news, some others are against the mask mandate and already filed lawsuit against schools. According to the latest reports, parents in Bentonville have sued the school district because of the implementation of a mask mandate.

Additionally, parents in Cabot and White Hall are also concerned over the same issue and started threatening some schools with lawsuits if the mask mandate is not canceled.

Laura Golden has four kids in the White Hall School District and she says she’s not against wearing masks but does not think it should be mandated.

“I think it’s everybody’s individual choice, if you feel safe wearing a mask wherever you go then that’s great wear a mask, if you don’t there shouldn’t be an issue with that,” she said.

According to her, not giving a choice to the parents is against human and civil rights. She added that before Covid-19, every parent has been given a choice over the health matters and she asked why it’s not the same now.

Golden added that every parent should have the right to decide what is best for their children.

“Just like with the flu shots, when the school sent out the flu shot it’s not mandatory, you choose what is it you think is best for your child. You sign it, your child gets a shot at school, if not, they don’t, there’s no issue around that,” she explained.

Melissa Bosch, a parent of three children who are going in Cabot schools, is also opposing the mask mandate in the Cabot schools. She is not against the mask mandate itself, but says that the parents were not involved in a discussion over a mask requirement and the school district passed the decision just to say that they have on in place.

“I think if it was an open forum where we got to talk about it instead of giving us this generic questionnaire at the last minute, I think they gave us 10 hours to open the email and actually answer, I think that would be fine,” Bosch said.

Another thing that parents are concerned about is the fact that there are no clear instructions in most of the cases how and where the mask should be worn. That being said is putting pressure on the children if they are meeting the requirements.

Cabot School District officials are not aware of any lawsuits as of now. However, a group of Cabot parents are already in the process of filing a lawsuit against the district.

Despite the increased capacity in an effort to meet the demand, the ICU availability in Arkansas is reaching zero, Arkansas Gov. Asa Hutchinson