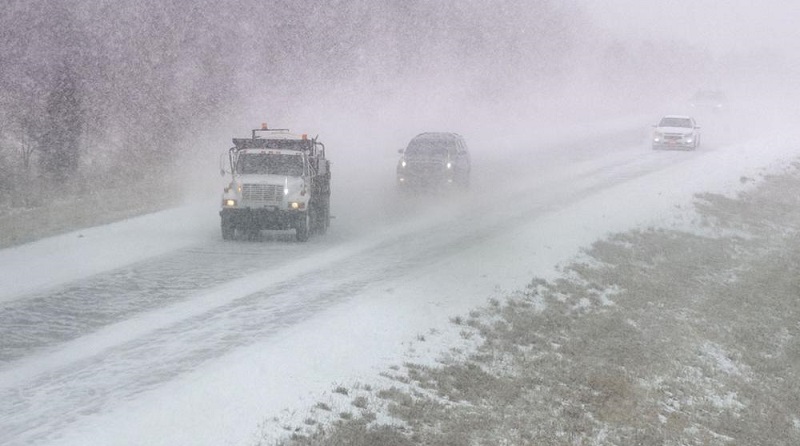 Faulkner County, Arkansas – As melted ice could refreeze overnight, creating slick road conditions for drivers, Arkansas Department of Transportation (AR-DOT) officials are warning not to let your guard down just yet.

“I’ve just kind of been watching the temperature all day and it hasn’t got very much above freezing,” said Conway driver Taylor Wallace.

A view from the hood of the car shows roads in Faulkner County go from asphalt to ice rinks.

According to AR-DOT, even clear roads could be deceiving.

“Refreeze is going to be the big bad enemy tonight and tomorrow,” said Dave Parker with AR-DOT.

On Thursday afternoon, sleet and ice melted onto roads, creating wet road conditions, but Parker says the now standing water could have the potential to refreeze overnight, deceiving the driver.

“They look ahead at that exit ramp and it looks clear, maybe a little wet but it could be a patch of ice,” said Parker. “That’s all it takes to cause a lot of trouble.”

According to AR-DOT, stopping in some cases could be a bigger problem than driving.

“You may be driving 50-60 mph hour and you may feel comfortable but when it comes to stopping, it could take you a little more distance and you won’t have that,” said Parker.

Park says things should start to melt in the later hours of the morning, making road conditions safe by noon.