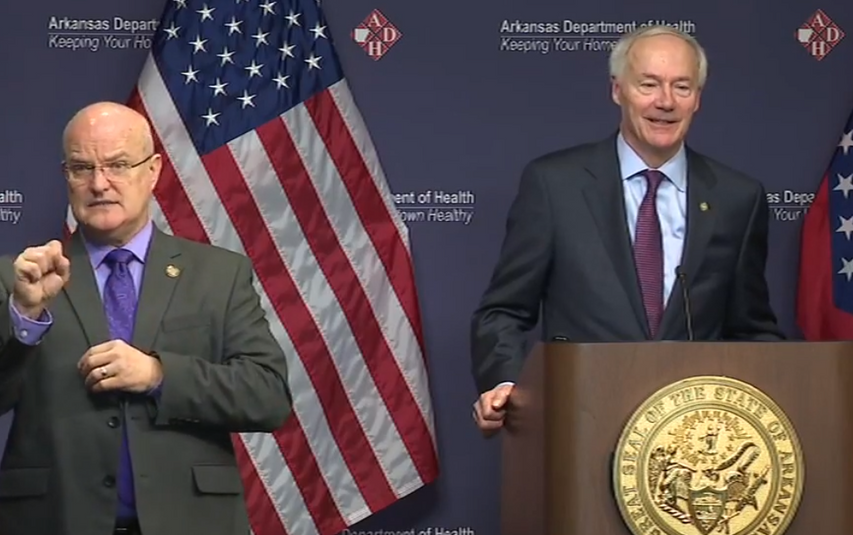 According to the current law that was put into effect in April, the Act 1002 bans any state or local mask mandates. The governor added that he calls the special session to take place on Wednesday to amend the law to allow schools to decide their own mask policies.

The Governor said children under 12 are facing the larger risk as they are not old enough to get vaccinated.

“We understand the value of classroom instruction and we want those children to be as safe as possible,” Hutchinson said in a news conference.

However, the governor and the lawmakers plan to change the law only for elementary schools and that will not include high schools and college students.

The state officials have been under constant pressure in the last couple of weeks resulting with multiple protests across the state organized by parents.

It was not only the parents and the school districts officials, but also several Democratic lawmakers were pushing for the change. Following their latest actions, the Republican leader of the state Senate told reporters the proposal doesn’t even have a simple majority in his chamber.

“In my opinion, we are a significant ways away from even having the 18 votes,” said Senate President Pro Tempore Jimmy Hickey, R-Texarkana. “At this time, there is not a consensus to do that.”

As of Sunday, around 19% of the current active cases are children. Arkansas Secretary of Health Dr. Jose Romero said Tuesday that around half of them are not eligible to take the vaccine.

Arkansas is one of the states with the lowest number of vaccinated people and highest infection rates in the country as a result of the Delta variant.