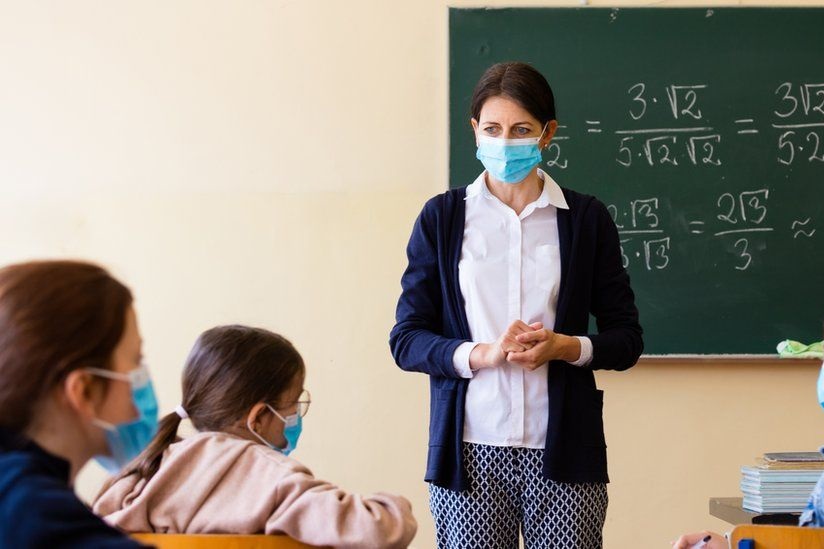 Marion, Arkansas – The everyday life in Arkansas these days seems to be pretty intense as a result of the latest surge in Covid-19 cases and the pressure can be felt in stores, restaurants, on the streets, everywhere.

The latest studies show that the most affected group of people with the presence of the Delta variant are the students, especially those not eligible to get the vaccine. The Delta variant, already known to be very transmittable, is the first variant of the virus that infects the young people the same as the adults.

The Marion School District was the first district to start the school year earlier than the other school districts as a result of their new hybrid schedule. But the start that took place on July 26th didn’t go as planned since the number of students and staff sent to quarantine reached 500 today.

Despite the fact that the Delta variant is very contagious, the real issues why this happened is the fact that school districts still can’t mandate masks and the fact that most of the students are not eligible to take the vaccine.

The new hybrid schedule was initially implemented to minimize learning loss, particularly during the summer months, District Superintendent Dr. Glen Fenter said. According to the new schedule, the students take nine weeks of teaching followed by two weeks of break.

“Didn’t plan, obviously, for the resurgence of the COVID and obviously, we’re experiencing some issues that we didn’t plan for,” Fenter said. “Probably issues that I think most of the rest of the state can at least anticipate, to some extent, to have as a part of their start-back process as well.”

“Between last week and Monday of this week, we now have 421 students out of our 4,000 quarantined,” Fenter said.

The quarantine for students brings two additional issues. The first problem is related to their parents who will now have to figure it out who will take care of their children while they are in quarantine. The second issue is connected to the educational process as children goes one step back being forced to follow the studies online, but some of them don’t really have reliable internet.

“If you extrapolate that out to the rest of the state, you’re going to have a huge interruption in our workforce,” Fenter said. “Certainly affects work schedules and other things that are important to sustaining our economy.”

The only positive thing out of the outbreak in the Merion School District is that the start of the school year revealed how dangerous the Delta variant might be pushing state officials to allow school districts to require all students and staff masks.

We already reported that the special meeting to amend the Act 1002 will be held Wednesday.

While the Delta variant spreads like crazy across Arkansas, 3rd child reported dead as a result of the virus