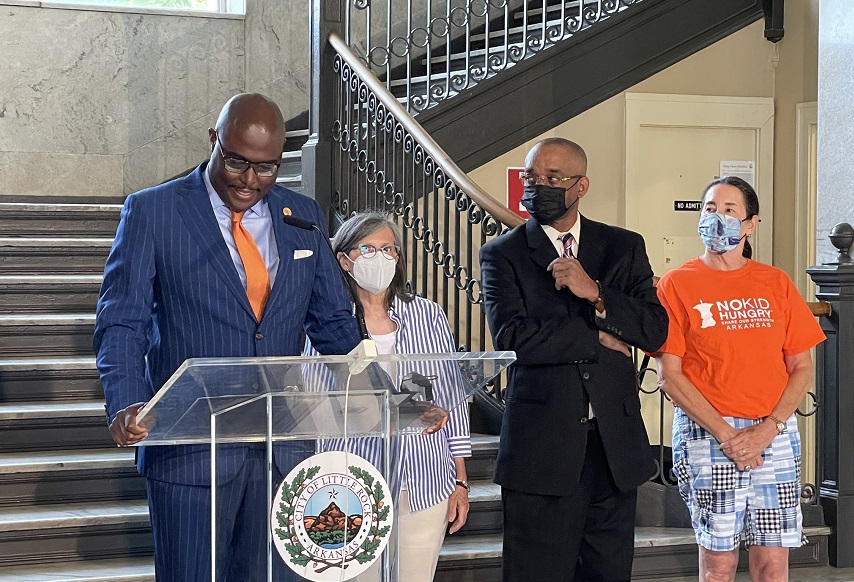 Little Rock, Arkansas – Despite Arkansas’ Act 1002 that bans mask mandates in the states, Little Rock mayor has just announced new mask mandate for all public places in the city.

According to the Little Rock mayor Frank Scott Jr.’s announcement on Thursday, the mask mandate in the city will start Friday and will be into force at least until August 31st.

The mayor added that Pulaski County has been one of the places with the highest number of cases for some time now and he feels he had to do something to slow the spread of the virus.

Mask-wearing is also strongly encouraged in other indoor places such as restaurants and grocery stores knowing the fact that the start of the school year is just two weeks away.

The Act 1002 law that bans mask mandate across the state was passed by Arkansas lawmakers in April, but Little Rock City Attorney Tom Carpenter said he’s not worried.

He added that the situation in the city is very critical while the hospitals are under constant pressure with no ICU beds available as a result of Covid-19 patients.

“We really don’t have an idea of when this is going to end, but what we do know is 90 percent of the unvaccinated, 90-something percent of those not wearing masks are the ones that are ending up in the hospital,” Carpenter said.

The Covid-19 situation in the state has been pretty intense in the last month that Gov. Asa Hutchinson was having conversations in multiple locations urging people to get vaccinated. He also had to declare public health emergency last week and even call for a special session this week to amend Act 1002 and allow public schools to require masks for children under 12.

The session started on Wednesday, but as of Friday, it looks like that not a single part of the law will be changed. Meanwhile, two different lawsuits were filed against the state and the governor regarding the law.

In addition, the public health emergency eases the process for medical students to get a license and help the medical workers in the hospitals. It also makes easier for retired doctors to be called and re-enter the workforce and even additional medical staff to be called from out of state.

Suspect connected to the June 28 shooting when a teenager died arrested, report