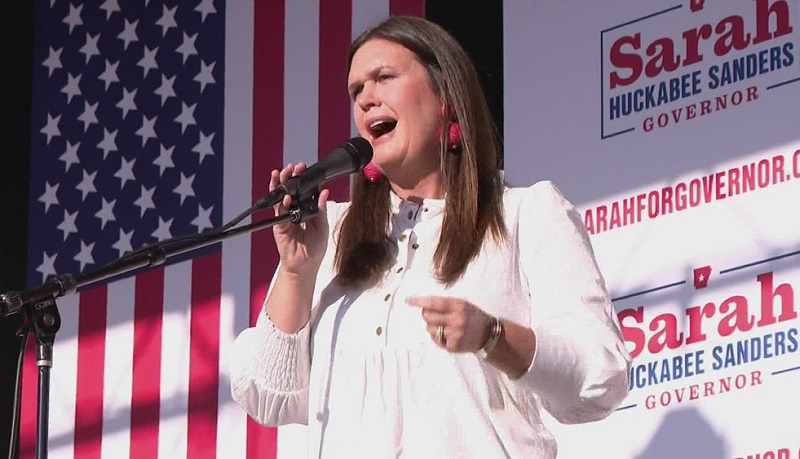 43.5% of those polled would vote for Sanders if the election were held today while 34% would select the Democratic nominee.

The poll found that 7.5% would vote for a third party or independent candidate. Ricky Dale Harrington Jr. is running as the Libertarian Party candidate.

Sanders is the only Republican running in the race after Attorney General Leslie Rutledge dropped out of the race.

According to Dr. Jay Barth, a politics professor at Hendrix, Sander’s “monstrous fundraising” will “make her omnipresent as undecided voters begin to focus more fully on the race.”

“Sanders does show weakness with voters under 45 years of age, particularly with those under 30. However, she has solid margins with voters above 45 who disproportionately make up the electorate,” Barth said. “While significant percentages of the state’s African-American voters have expressed respect for the current Republican governor, Asa Hutchinson, little such openness to Sanders is shown as she trails 72% to 3% with Black voters.”

The poll was conducted by online survey and by phone on February 7 and 8.