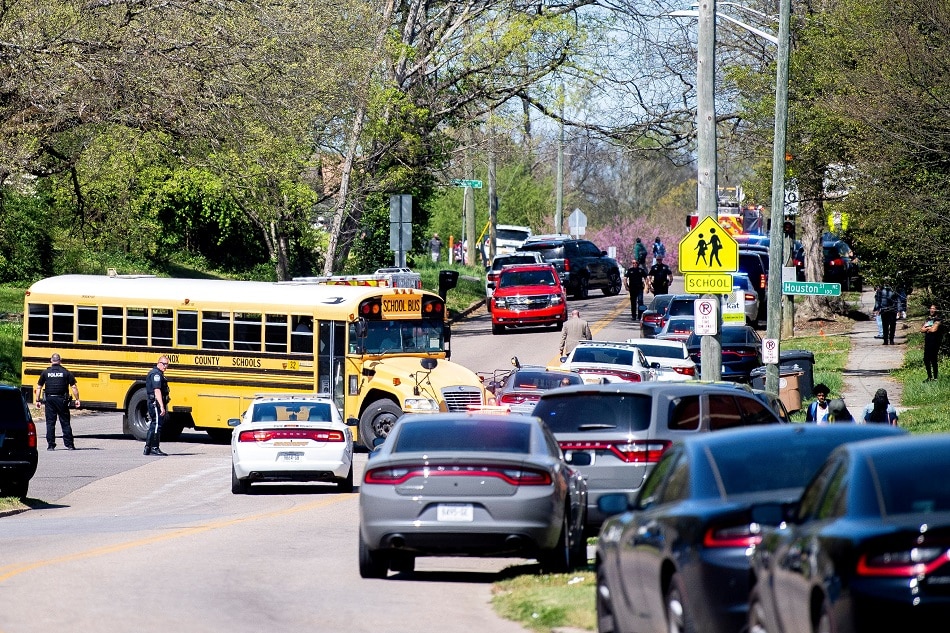 KNOXVILLE, Tenn. — The Knoxville Police Department and Tennessee Bureau of Investigation said one student was killed and a KPD officer was wounded during at shooting at Austin-East Magnet High School on Monday afternoon.

The TBI did not describe the incident as a school shooting, but as an officer-involved shooting that occurred inside the school after police arrived.

KPD said officers were called to the school around 3:15 p.m. on reports of a “male subject who was possibly armed in the school.” The response occurred after recent shootings in the community that claimed the lives of teens who attended or formerly attended Austin-East.

TBI Director David Rausch, who formerly served as Knoxville’s police chief, said officers located the suspect inside a bathroom at the school, saying he was a student.

When officers approached the student, the TBI said he shot at the responding officers — hitting one. Rausch said an officer returned fire, hitting the student.

The student was later pronounced dead at the scene.

The KPD officer, who was shot in the leg, was identified Tuesday as Adam Wilson, a 20-year veteran with KPD and currently serving as A-E’s school resource officer.

Wilson was taken to the University of Tennessee Medical Center where he was recovering from surgery on Tuesday morning.

“It was just very chilling,” KPD Chief Eve Thomas said. “First of all to hear that we have an officer down, second of all that it was at a school. It’s a sad day for the Knoxville Police Department and for our community.”

Knoxville Mayor Indya Kincannon said she’d spoken with the officer and he was conscious and in good spirits. She said she thanked him for putting himself in danger to keep students safe, and he responded that he’d rather be hurt than anyone else.

KPD detained one other person for further investigation.

There are no other known gunshot victims, KPD said. Authorities are not identifying the officer or student at this point.

TBI and KPD said at this point investigators are unable to provide details about the gun or how the student was able to bring it into the school.

It’s a sad day. It’s unfortunate, these are the days that you don’t ever want to get this phone call. Because of my connection, it was important for me to be here. I wanted to come by and let folks know a couple things, we we will gather facts and present those facts in any capacity we are called to handle,” Rausch said.
Related Topics:featured
Up Next