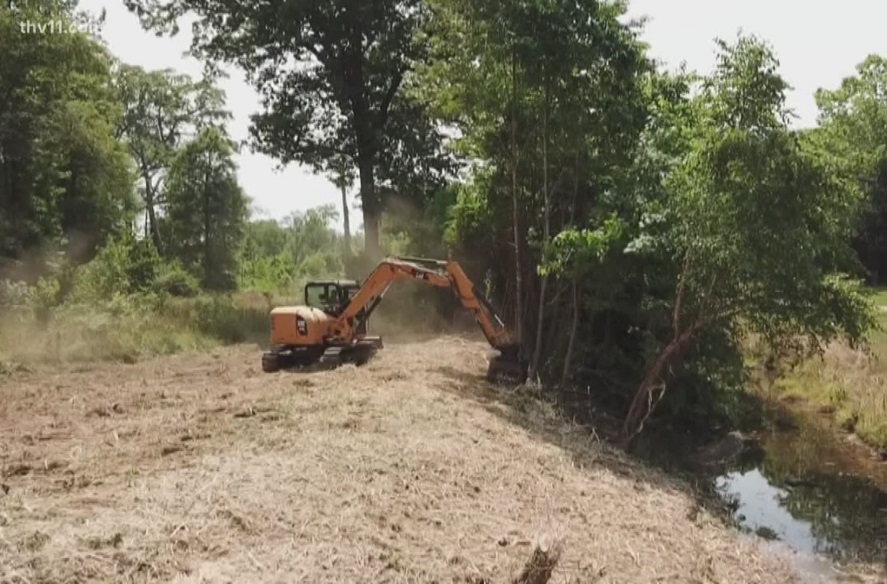 Conway, Arkansas – Good place to spend time with your family when the weather is nice, but also a help in flooding issues in the city, new park with a purpose is coming in Conway.

According to the city officials, in a about a year from now the dirt will become a Markham Square, a place that will help the city in case of flooding and great place where you can spend your free time with family and friends.

Flooding has been an issue for the city in the past. This is especially an issue for small local businesses in downtown.

She has been living in Conway her whole life, and she has experienced a lot of flooding in her life. According to her, the question never was if the water will come in the stores; it was how bad would it be.

“My mother actually worked downtown, probably 20 years ago, and her car flooded in front of Jennifer’s Antiques,” she said.

Water took over Berry’s store so many times, she decided to move locations.

“At some juncture you have to make the decision, ‘do I keep the great location or do I keep my inventory mold free?'” she said.

The city officials now came up to a solution that will surely help locals with flooding in the future. Just blocks away from Berry’s shop, city officials broke ground on a project on Thursday that will more or less help the flooding issues.

“It’s gonna be a different way to fix stormwater drainage, it’s not a one-sized fix all solution, but this is definitely going to help,” he said.

This project has been years in the making, but now is the time to see the light of the day with the grant help of Arkansas Department of Energy and Environment.

“This used to be the site of what local residents called the old scrap yard. It was an eyesore, to be honest,” he said.

“The vegetation and the park itself is going to help retain that water, clean that water so that we aren’t just pumping it into our stormwater sewers,” he said.

The park should be finished by the end of 2022.

Single-engine plane crashed in Conway on Friday; pilot transferred in hospital for treatment

Multiple car break-ins during the weekend, NLRPD asks for public’s help in identifying the suspects