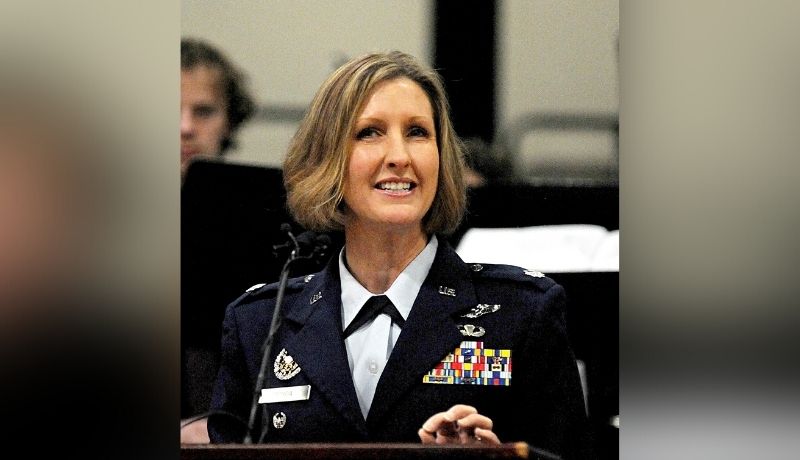 Little Rock, Arkansas – Col. Angela Ochoa is the first female to be appointed as new wing commander at the Little Rock Air Force Base. She was appointed on a special ceremony that took place on June 25.

Ochoa, who most recently served as the vice commander of the 375th Air Mobility Wing at Scott Air Force Base, Illinois, took command of the wing from Col. John Schutte during a ceremony presided over by Maj. Gen. Kenneth T. Bibb Jr., 18th Air Force commander.

“John, I saw very clearly during our last visit how wonderful and strong your influence is with our Airmen and families–we have needed your leadership during this last year and you have set this wing up for success,” Bibb said. “Angela, with your proven skill and ability I have every confidence your Airmen will reach new heights.”

She returned back at the LRAFB after serving multiple positions at the “Home of Herk Nation”. Ochoa has flown more than 2,800 hours in several operations. She has entered the Air Force in 2001 after graduating from the U.S. Air Force Academy.

Being appointed at the new position, she is now in charge for almost everything including organizing, training, and equipping the personnel who operate. Furthermore, she is in charge of 62 C-130 aircrafts that should be ready to take away any moment if needed.

She should also take care of the personnel who now counts more than 10,000 people.

“These last 16 months have tried not only this base, not only our nation, but the entire world as we have fought through a global pandemic,” Ochoa said. “In spite of this, “Herk Nation has been constantly on the go, supporting the warfighter needs and accelerating change.”

Ochoa offered her expectations as she assumed command, and said the wing “will not be resting on its heels for the next fight.”

“We will not wait for the war to come to us, but rather we will embrace the opportunity to tackle this challenge now,” she said. “As we go forth and try new things we have never done, we will fail. This is how we will learn and grow together as a team to be smarter, better and stronger.”

Why more and more Arkansas children are without health insurance? How this can be solved?