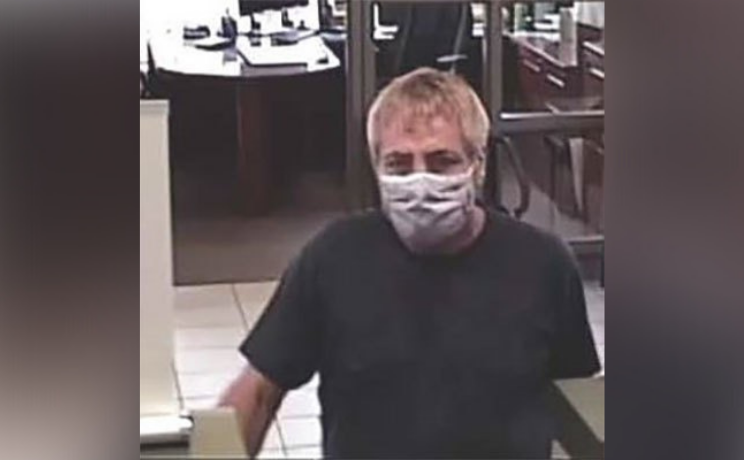 Jacksonville, Arkansas – Police are asking for public help in locating a suspect that robbed a bank on Monday in Jacksonville.

According to the local police, the incident happened around 12 p.m. into the US Bank location at 804 North First Street.

The suspect who was wearing a face mask at the time of the incident, headed to the teller and showed them a note demanding the money.

Police didn’t reveal the amount of money the suspect took from the bank, but said that he hasn’t showed a weapon during the incident. As soon as he took the money, he left the bank in unknown direction.

The suspect was caught on the video surveillance cameras. From what can be seen from the footage, the suspect is a white man with salt-and-pepper hair who was wearing a black t-shirt.

The police department is asking the public for help in identifying and locating the suspect.