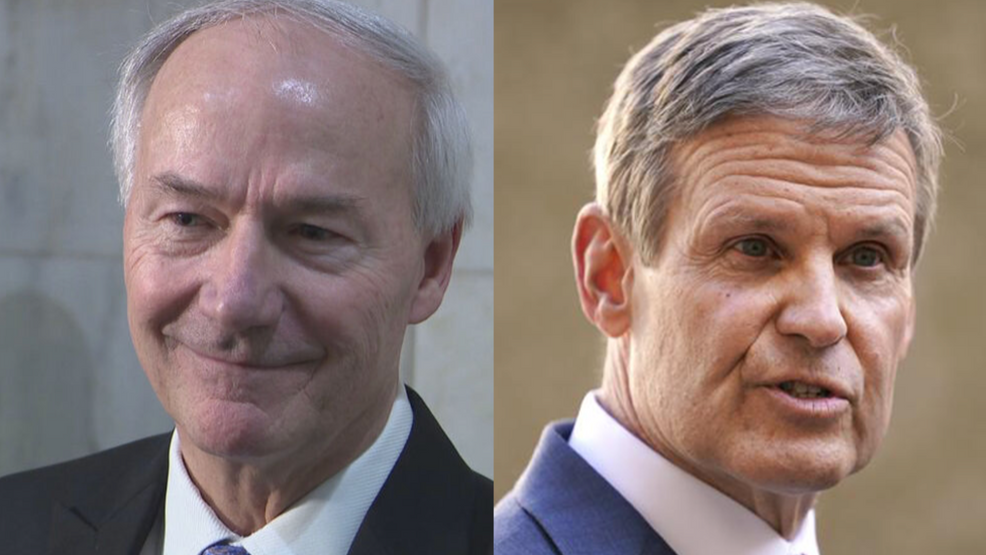 LITTLE ROCK — Tennessee Governor Bill Lee and Arkansas Governor Asa Hutchinson spoke in Memphis Tuesday as repairs begin on the Interstate 40 bridge. This comes after an inspector failed to find a crack in the six-lane bridge that links the states.

Officials said in a news conference that they are balancing safety and speed in getting the bridge inspected, repaired and reopened.

“We will not compromise the safety of the workers or the safety of the citizens who drive across that bridge for the sake of finishing early,” Lee said. “We will do this as timely as possible but make sure we do it in a way that provides safety when it’s done.”

The bridge shut down one week ago after inspectors found a “significant fracture” in a horizontal steel beam that is reportedly critical for the bridge’s integrity. The inspector who initially missed the crack was fired Monday.

“The key there, we avoided that worst-case scenario,” Lee said. “What happened here and what we see here is a process that worked.”

The Tennessee Department of Transportation said Monday that the I-40 bridge repair will be conducted in two phases, and both steps must be completed before the bridge can be reopened for road traffic.

Tennessee Transportation Commissioner Clay Bright said on Tuesday that the repairs should take several months, although he couldn’t provide a specific timeline.

Two 35-feet-long, 35,000-pound plates will be installed on each side of the cracked beam this week as phase one. The second phase involves the removal and replacement of the damaged piece of the bridge.

“We have been working on this around the clock,” Bright said. “Our attitude, the attitude of everyone who has been a part of this, is to do whatever it takes to get this bridge open as soon as possible.”

Officials are working with materials that are readily available, he said, and they are working with contractors that have made the bridge their top priority. TDOT selected Kiewit Corporation to perform the repairs, officials announced Monday afternoon.

“This is a critical, critical link for Arkansas,” Hutchinson said. “Whenever you see a break in the commerce, whenever you see a defect in the bridge then you realize how dependent you are on that flow of commerce.”

On Friday, the Arkansas Trucking Association estimated that the closure would cost the trucking industry at least $2.4 million a day. Officials were unable to say how much the repairs will cost either state in the coming months.

Hutchinson said on Tuesday that he thought Arkansas Department of Transportation Director Lorie Tudor has handled the fallout from the damage “perfectly well.”

“Director Tudor took quick action,” Hutchinson said. “She didn’t make any excuses and she’s been very transparent in this and I applaud her for that.”

Traffic has been rerouted to Interstate 55 and the 71-year-old Memphis & Arkansas Bridge, about three miles south of the Interstate 40 bridge. Tudor allegedly requested that Tennessee do an extra inspection of the I-55 bridge “out of an overabundance of caution.” On Tuesday afternoon drones were being used to inspect both bridges.

According to Lee, Congress needs to continue the conversation about federal funding for infrastructure being focused on bridges and roads.

“Investing in that maintenance for those lifelines of commerce and the expansion of infrastructure, primarily roads and bridges, is incredibly important,” he said.